That time of the year is here with us yet again. By far, Christmas is the most signiﬁcant day on the Christian calendar. So signiﬁcant it is that people start preparing for the season weeks, and even, months in advance. What is different this Christmas and how are Christians preparing for it? Nathan Kiwere talked to various people who gave their opinions about their view of this historical day.

There is no annual occasion that comes in remote comparison with the euphoria, overdo and social exhibitionism that Christmas commands. It is on that day that everyone will seek to outdo themselves in a bid to please their senses by enjoying the excesses that might have alluded them earlier in the year.

Even more signiﬁcantly, this has been the custom since time immemorial. If there is one thing that Christmas is associated with by most people that identify as Christians, and in many cases even those that don’t, it is merriment.

The reasons people make Christmas the birthday bash of the year are as diverse as the revelers. The question, though, is: does celebration of Christmas add to one’s commitment to the Christ that he or she celebrates?

Inversely, does Christianity demand all followers of the faith’s progenitor mark His birth with funfair? For starters, in literal terms Christmas is “the mass for Christ”. It is, indeed, supposed to be about worship of Christ the redeemer by those who pledge allegiance to Him.

On average, most people will tell you they celebrate Christmas to remember the birth of Christ. However, we are witnessing progressive secularisation of Christmas and drawing it away from the real theme of celebrating Christ’s birthday. Probably, the ﬁrst thing many people think of when Christmas comes to mind is either Santa, presents or Christmas music. Most likely, people do not think of Jesus ﬁrst. Society’s secular commercialisation of Christmas has turned people away from the real meaning of the season.

A one Annett Nakiyingi argues that it is okay to take part in the Christmastime activities that do not incorporate religion. “Frankly, they are fun! Don’t get me wrong, I recognise that a lot of the secular ideas associated with Christmas actually come from religious roots, like St Nick aka Santa Claus,” says Nakiyingi.

“But, when we idolise Santa Claus as ‘the one who is coming’ on Christmas without simply even recognising any religious aspect, then we are doing something wrong.”

Is it unchristian fanfare?

There are certain practices that are a permanent staple on the Christmas menu. These have been changing over time. Centuries ago, Romans decorated their homes, public buildings, and temples on festive occasions, and we have followed this ancient custom.

During Christmas time, store windows, malls, streetlights, and parking lot poles are decorated to celebrate this joyous time ﬁlled with shopping, gift giving, and happiness. The Christmas tree is evergreen trimmed with lights, decorations, and tinsel – derived from a “paradise tree” or the tree in the Garden of Eden. Not everyone, however, is thrilled with this annual celebration of the Lord Jesus Christ.

Some people, like 58-year-old Deus Birungi, have evidently shelved their faith in commemorating Christmas. But judging by his views on Christmas, it is clear he harbours great exasperation about the manner in which he has observed people mark this day. “To begin with, I discovered that Christ was not born on Christmas and I realised the whole thing was orchestrated by the Caucasians to hoodwink us,” he says.

To him, and indeed many of his ilk, Christmas is just another day when the sun rises from the east and sets to the west as usual. Thus, he feels no pressure to change his lifestyle whatsoever.

Celebrating Christ above all

What seems to stand out for everyone – God-fearing or not – is that celebration of Christ’s birth, whatever the motivation, is ﬁne. Rev Hillary Tumusiime, founder and director of New Life Bible College, believes there is nothing sinister about recognising the importance of Jesus’ birth.

“My wife is already decorating the Christmas tree (in November). Christmas is a welcome idea; a lot of nice memories come with it, and Christmas reminds us that Christ is real,” he said. He alluded to how he looked forward to quite a lot when he travels to his ancestral home in Kabale: visiting his nieces and nephews, old friends and, of course, the traditional special meal after church service.

Afterwards he plans to travel to New Zealand where his wife is originally from. According Daniel Naaya, retired senior pastor of Deliverance Church, Nsambya, and renowned veteran of the Pentecostal movement in Uganda, there is a lot of talk about Christmas that people might have to give attention. “The truth is that Christmas is not a biblical thing and those who coined the word simply hijacked Christianity and infused Roman beliefs in it,” he says.

“I don’t think the Lord intended us to celebrate His birth, but personally I have no problem going to church on that day or having a decent meal with my family.” Pr Naaya adds that Christmas is the continued revelation of the truth that will enable believers to see the light and walk in it.

“Of course there are many things that are practiced on Christmas (Day) that I cannot take part in because their symbolism is grounded in wickedness, but I don’t push it on anybody,” he says.

Naaya strongly counsels that the major issue is that Jesus was born and His birth was unique and divine – He was born King and He died King. That, he says, is where the real excitement lies. Commenting about the apparent secularisation of Christmas, Marcus Lilit wrote on the NBC News site that the Christmas most people celebrate isn’t about Christianity, but rather about capitalism attempting to reconcile the desire to sell everyone as much stuff as possible with religious diversity.

“It’s hardly about Jesus as much as it is Santa and reindeer and elves that can be ‘for everyone’. It is about the dozens of schlocky made-for-TV romcoms with Christmas themes and whole scenes dedicated to making Santa-shaped cookies, and the radio stations that turn over their playlists to Christmas music from thanksgiving to New Year’s,” he writes.

Added to this controversy is the growing concern of many Christians to “put Christ back in Christmas” while the expanding secular culture of commercialism is forgetting the Baby in the manger altogether.

This phenomenon is not only prevalent here in Uganda. For instance, a recent national survey indicated that “just over a tenth of Americans today believe Jesus Christ of Nazareth is the focus of Christmas, with almost nine out of ten people saying the holiday has become less religious” (WorldNetDaily). Much of the controversy for Christians, however, is largely due to ignorance and speculation. Add to this varying misinterpretations of Scripture, and this creates a recipe for confusion.

But the fact remains: Christ is born. Luke 2:11 conﬁ rms this: “Today in the town of David a Saviour has been born to you; he is the Messiah, the Lord.”

The business of Christmas

While some may be rightly concerned with the ‘abuse’ of Christ’s mass, others are busy cashing in on the windfall that comes with the Christmas mega bash.

Pamela Kikaire is a devout born-again Christian who operates a grocery store in Kitintale, a suburb of Kampala. She is caught up in the web of business practices dictated by the whims of the season and feels powerless to act to the contrary.

“To be honest, I am looking forward to making more sales and, therefore, more proﬁ ts during the festive season. That is my expectation, and we are positioning ourselves to do just that,” she confesss. Kikaire believes she is not at fault to think that way because she, too, operates under the common market forces.

“Where the problem would be is to exploit the situation by arbitrarily increasing prices of commodities sometimes to abnormal levels just so that one can earn big,” she adds.

She says most times her hands are tied because the wholesalers increase prices under the spur of the season, which forces her and her counterparts to do the same to stay aﬂ oat.

Kikaire is not alone in this enterprise; she represents countless businesses people who are creating room in their wallets to cash in on Christmas sales. As is usually the case, money unites humanity. Money will be made by all and sundry, regardless of what side of the divide one falls.

Overall, regardless of the divergent public sentiments about it, the Christmas fever is here and it will catch up with everyone in one way or another. Whatever one thinks about the day, one thing is for sure – Jesus Christ is Lord and He is alive and living among us.

How will you celebrate this Christmas?

I hope to visit a hospital with my family this Christmas to share the love of Jesus Christ with the sick by giving them things like sugar and also pray for them, like we have done in the past. I will also give out some of my clothes that don’t ﬁ t anymore to those that need them – Hazel Atuwaire, P7 vacationist

During Christmas we get together with family and friends and celebrate. I believe it will be the same this year – Darlene Ashaba, Student

We intend travel to the village during Christmas and if funds permit, we shall also have a get-away to a bushy place far from the noise of the city and ‘eat money’ as our end of year treat – Isaac Mukama, ICT Consultant

We shall travel to the village to check on our parents because it has been a long since we saw them. It is also an opportunity for our children to see their grandparents and uncles whom they haven’t met in such a long time – Clovis Mukundane, Insurance Broker 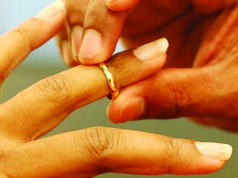 Christianity and divorce: Can Christians divorce? 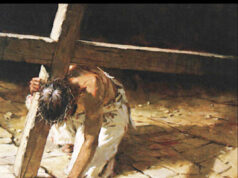 Whose cross did Jesus carry? 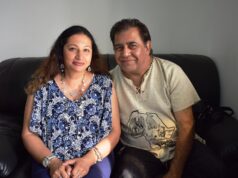 From Hinduism to Pentecostal preachers