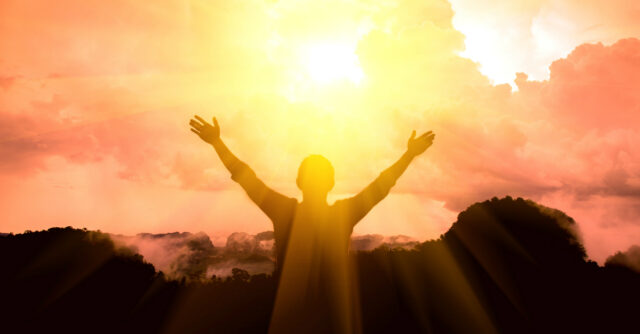 We live in a world of elites and scientists whose belief is only determined by evidence and variables that can be tested and tried for assurance. What the Christian world calls ‘faith’ is irrational and, therefore, irrelevant to some. In the academic world, biographies justify research and the sources one uses to establish their thesis or dissertation. It is a world whose interest is more in who said than in what is said. It is a world which seeks evidence and always asks the speaker and believer to prove their positions before they can subscribe to any beliefs.

What the world identifies as evidence to necessitate belief is essentially not what Christianity considers as evidence. It is at the point of evidence that the Christian faith is not appreciated in the secular world. The continuous debate whose question is whether faith and reason mix, between Christians and non-Christians, lies in the Christian assertion of faith as reasonable even without what the world understands as evidence. In the Bible, we are told that the rationality of faith is not so much in materialistic evidence that can be tested in scientific or even philosophical laboratories. It is the evidence that can only manifest if we practically involve ourselves in dealing with what God says that we should do. This is what Abraham did.

The scripture says: “By faith, Abraham obeyed when he was called to go out to the place which he would receive as an inheritance. And he went out, not knowing where he was going” (Hebrews 11:8). The history of this background is that the God whom Abraham never met asked him to leave his country, his kinsmen and gods and go to a foreign country, which he never knew. No one, or at least a few of our people today, would trust the God they have met for the first time and leave their land to go to the country they do not know or even know exists. This is the faith that Abraham exhibited. It was a faith that went to where it did not know. Abraham had faith that left where the evidence was clear and went to a place where there was no evidence for it at all.

First of all, what Abraham did was what we call faith in action. Faith in action is when we act out the Word of God regardless of how it contradicts the existing knowledge, facts or statistics. It is acting out the will of God in your life without subjecting it to what you know or your environment suggests. We see Abraham in Genesis 12 leaving his place of birth and his kinsmen and going to the country he never knew. The substantial evidence of our faith in God is in His Word. Neither Christians nor pagans can provide evidence of how tomorrow will be, but the former at least know who holds the future. Abraham just went because he knew the God who told him to go, even when he did not know where he was going. This is what faith in action is about. We act on what we do not know because we know who has asked us to.

When God asked Abraham to leave his country for an unknown destination, he believed and left. His faith in God was active and depended entirely God. Faith in God is an active dependence on Him alone. The object of our faith is more important than its certainty, and that object is God Himself. We do not need to run a test on what God has said; all we need is to attest to our knowledge of this God who asks us to believe in what seems impossible. It is better to have tenuous faith in the almighty God than resolute faith in the tangible statistics and facts of this world. The reason is simple: God is eternal and, therefore, dependable though it is natural for us to harbour some fears and doubts in what He asks but still exercise faith in Him. 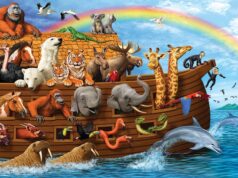 Faith that builds the ark with no record of rain

What led to the unfair judgment of Christ