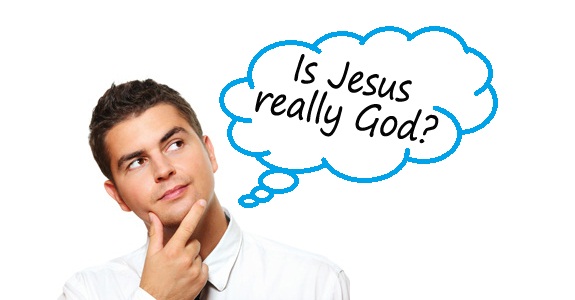 Answer: Praise God, Hellen, and thank you for the question. The answer is YES; Jesus Christ was and is God. Mark 1:1 says Jesus is the Son of God. John 1:1 says Jesus is God. John 1:3 says nothing was made without Jesus.  Colossians 1:15-16 says Jesus is the firstborn of all creation and that in Him all things were made. John 1:18 says Jesus is either “the only begotten God” or “the only begotten Son”. The word of God teaches there is one God who has manifested Himself in three forms (Trinity) as Father, Son, and Holy Spirit. These are not three gods or actually three-in-one as many teachers have taught; this is one God.

I know it is taught that Jesus Christ was and is God the Son, which essentially brings about hierarchical connotations making the Son lesser than the Father and the Holy Spirit lesser than the Son. The truth of the matter, however, is that He is the same God who was from the beginning (Genesis 1:1), got incarnate, placed Himself in the womb of a creature (Mathew 1:18), became flesh and dwelt among us (John 1:14). The historical Jesus (Jesus of Nazareth) was God Himself clothed in the flesh and walking on planet Earth. Jesus was not part of God or just one member of the Godhead as those who teach the Trinity sometimes contend. Apostle Paul, writing to the Colossians, put it this way: “For in Him dwelleth all the fulness of the Godhead bodily.” (Colossians 2:9 KJV). Jesus was not just a member of the Godhead, but God Himself. God, the eternal Father, reduced Himself into a creature and became a man like one of us for purposes of our salvation. He is the very unlimited and omnipresent (everywhere) God who became limited as a man. After the death, resurrection and ascension of this God, He is the very God who manifested Himself as the Holy Spirit (John 14:1-3, Acts 2, John 16:8-9). God had to manifest Himself in the three forms to fight the powers and principalities of darkness to ensure He regains and retains His kingdom. 1Corinthians 15:24 (KJV) says: “Then cometh the end, when He shall have delivered up the kingdom to God, even the Father; when He shall have put down all rule and all authority and power.” What often brings confusion to most Bible readers is the language of the Bible which presents Jesus sometimes addressing a certain deity as a father.

The truth of the matter, however, is that the language Jesus used was for purposes of His audience. He wanted to make sure the Jews gradually appreciate He was the Messiah. However, they first had to understand Him as the Ebed-Yahweh (Son of Yahweh) as the concept is presented in the book of Daniel. Jesus wanted His audience to understand Him as the Messiah who was even before their ancestor Abraham (John 8:58). The biblical verses where Jesus prays and calls upon the Father do not emphasize his sonship to a certain parental figure. In the culture where Jesus lived, being whose son was very momentous. Essentially, a son and his father were one. For that matter, therefore, Jesus always emphasized He was the son of God. He said He is God because the Jews believed a son and his father were not just equal but one. This is a difficult concept to wrap our heads around, but then God is the most amazing and unique figure, infinite and beyond our ultimate ability to comprehend, yet able to correctly reveal Himself to us in ways that enable us to know Him. But all in all, Jesus is not just God but the Great God (Titus 2:13).