In the recent past, the idea of using a phone during Church service for whatever reason was unacceptable to everyone. It was common for Church leaders to remind their congregants to always switch off their mobile phones while in Church as a show of respect for God. Today, more urban churches are now encouraging the active use of smartphones during services to keep in step with the benefi ts of technology in communication. Nathan Kiwere explores this growing trend.

Last year, this writer attended a Sunday service in the sprawling Mavuno Church in Nairobi, Kenya, by far one of the most robust gatherings of Pentecostals in the country. The expansive tent auditorium sits a few thousand people with several other equally large facilities scattered around the Church’s multi-acre property.

Judging by the massive number of vehicles in the parking lot and the sheer dress cord of the congregants, it’s not difficult to know that this is the meeting place for Nairobi’s high and middle class Christians, and most significantly, the young people.

One of the most noticeable things was the fact that this writer was probably the only person that had a ‘real’ hardcopy Bible, among the men and women that surrounded him.

The rest had their smartphones in hand, searching scriptures using their online bibles while at the same time sharing the preacher’s messages, or appearing to do so, to their virtual friends through the various online platforms, such as Facebook and WhatsApp.

The preacher kept reading from his tablet as opposed to the ‘real’ Bible. Welcome to the 21st century church! According to Merriam-Webster, technology is the invention of useful things to solve problems.

The active use of phones in Church, a thing that was previously repugnant to the faithful, is creating mixed feelings and in some cases raffling feathers among Church leaders. According to Winston Were, who has worked with the media department of Mavuno Church in Nairobi, their Church reaches out to urban upward mobile middle class Christians.

“Therefore they find it easy to carry their phones or notebooks to church to access the App Bible as well as type notes on their notepads since every week the congregants are asked to write down steps towards achieving a goal emanating from the sermon, which will be used to recap on the next sermon,” Were said.

The other argument, as Were notes, is that the middle class in Nairobi would rather cut on the bulk that comes with carrying a big Bible or paper by saving notes they will easily trace online because after church many usually proceed to have fun in hangouts.

Mavuno Church now has branches in Uganda, Rwanda and other countries and the smartphone use culture is encouraged in all these congregations. But Mavuno is not alone in this enterprise – several other congregations are increasingly embracing this trend, in Uganda as well.

The infinity of possibilities presented by phone technology have made it nearly impossible for any forward looking Church leader to ignore.

Through Facebook and Twitter or through a Church blog, a preacher can easily communicate directly with the people in their congregation, throughout the day and week. This has been made possible due to the massive availability of mobile phone technology and gadgets to the ordinary person.

The Uganda Communications Commission (UCC) 2014 Access and Usage of Communication Services Across Uganda study showed 52.3 per cent of Ugandans owned mobile phones. However, a new report dubbed the National IT Survey 2017/2018 authored by the National Information Technology Authority Uganda (NITA-U), reveals that almost 24.8m or 70.9 per cent of Ugandans owned mobile phones. The 70.9 per cent shows progress since 2014, with the rural folk outpacing urban people in terms of growth.

With Uganda having 78 per cent of its population below 30; and considering the young people are the more tech-savvy than their adult counterparts, the Ugandan Church stands at real crossroads in this regard.

Social media is where younger generations are interacting. It is the new marketplace. It may be unnatural for past generations, but it is how community for younger people is now started and developed.

Citing recent statistics by Omnicore, Facebook by the Numbers, as of the fourth quarter of 2018, Facebook had 2.32 billion monthly active users. Facebook estimates that 2.7 billion people use Facebook, WhatsApp, Instagram, or Messenger each month and more than 2.1 billion people use at least one of the Facebook family of services every day on average.

The average user on Facebook is connected to 150 persons. This allows for a far greater reach than was possible in previous generations.

On 8 November 2017, BBC website carried a news spot under the header, “Pope Francis: Mass is for prayers not mobile phones.”

Speaking at his weekly audience in St Peter’s Square in Rome, Pope Francis said, according to the BBC story that Mass was a time for prayer and not a show. “At a certain point the priest leading the ceremony says ‘lift up our hearts’. He doesn’t say ‘lift up our mobile phones to take photographs’ – it’s a very ugly thing,” he said.

“It’s so sad when I’m celebrating mass here or inside the Basilica and I see lots of phones held up – not just by the faithful, but also by priests and bishops! Please!”

Technology use creates tension particularly between the rural and urban congregations as well as between the urban conservatives and their progressive counterparts.

“The fear of God is becoming less in the Church today,” he said, continuing: “There’s no way you can honour God while buried in your phone on social media.” He is very blunt on the idea of phone use in his Church and thus he doesn’t encourage anyone to operate one as service is in progress and he tells his congregation to switch them off.

Pr Peter Mugabi, General Secretary of the Baptist Churches in Uganda, concurs with Mwondha. “I think I have a conservative attitude towards the use of phone technology in Church; embracing the smartphone without any safeguards has its risks,” he remarked.

He decries the manner of distraction that especially young people can be subjected to when left alone to get engrossed in their phones as the message is going on; updates, incoming messages, and all their attendant issues. But Pr Mugabi’s worries are beyond that.

He foresees a time when, fifteen to twenty years from now the print Bible could become totally replaced with the online versions which are easily prone to adulteration with false verses, as print versions of non-Christian books remain more available in the public space.

Rev. Hillary Tumusiime, head of New Life Bible College in Uganda, suggests that phones be switched off during Church service, although he is aware that in this day and age it would be a huge task.

“I watched a TV show in New Zealand, of young people being asked the one thing they could not do without. They all said their phones,” he said.

“I have seen someone playing a game or watch a movie during Church service. To make it worse, I have seen a pastor answer a phone call at the pulpit, of which it turned out to be a wrong number,” he added. 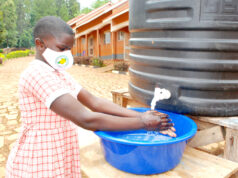 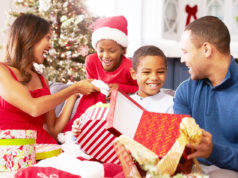 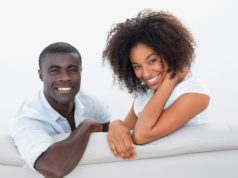 Dating and courtship the Christian way