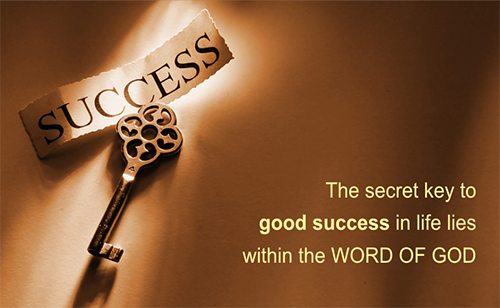 Don’t let the credits fool you, Motene is one of the most humble, patient and compassionate human beings I have ever met. The quiet confidence that surrounds her like a halo is a testimony of a life spent overcoming challenges, achieving goals and then some. She talks about her struggles, triumphs and her talks with God.

“Your life begins as a dream, a desire and it transforms into your reality. I cannot tell you about my success without telling you where I started from, where I have been and how I got to where I am today. While still at university (Rosie holds a Bachelor of Arts in Dramatic Arts (Honours) from University of the Witwatersrand) I had a compelling dream to be part of the award winning South African soap Generations.

At that time, it was the only soap that depicted blacks especially black women as strong, successful people. So as soon as I left university, I went for an audition but I didn’t get the part. I went back and asked what I had done wrong, as it turned out, my biggest problem was projection. I had taken my drama school lessons of grand gestures and loud projection to a TV audition.

Television acting requires one to tone down on everything because of the way it is shot. So I went back watched and taught myself to adapt to new delivery; gestures and voice. A year later when I felt ready, I pestered my agent to get me another audition and that’s how I landed the chance to play the minor role of Tseho Motene. But with every episode, Tseho’s storyline kept developing and becoming bigger and better. My original plan had been to stay with Generations for a maximum of two years and move on. But I ended up staying for seven years.

So, you must have a dream to begin with not just any dream but the grandest and most elaborate one you can muster. Then, you must be willing to put in the required work, go the extra mile to make your dream come true. You will find obstacles along the way; you will find people and circumstance that will tell you that you cannot achieve whatever you set out to do. Don’t listen to them because it is only you who knows what is here (tapping on heart) and   here (tapping on head).

My faith means everything to me; it is my anchor and my strength. My day doesn’t begin until I have had my meditation and prayer. You must pray and believe that your prayers are being listened to and answered. Everyone needs to have faith in something bigger than them. I don’t care what you choose to call it be it God, Allah or the higher power; you need to have unwavering indestructible faith in that divine. You need a close and personal relationship with this divinity.

I believe that God has put me here on earth to fulfill a predestined and preordained purpose. I believe that His Spirit is manifested in all of my desires, hopes and dreams, therefore I cannot fail. That is the significance of faith. Not only will faith get you through difficult times, but it will give you enough hope to set up goals and the tenacity to stick out circumstances and achieve them.

As we get further along in our careers, we tend to get too busy for anything else but work. Don’t ever let that happen. Create a special time for you to commune with the Divine. Read the Bible/

Quran/Torah listen to spiritual podcasts for instruction. Your relationship with God will ultimately affect the quality of your overall life.

Overcoming fear Whilst in University, I dated a boy who abused me emotionally and then physically. I remember the first time he hit me. We were at a school play and I was chatting with some guy. I didn’t think it was such a big deal until out of nowhere my ex started slapping me in front of everyone. You never know how you are going to react to such abuse until it happens to you. I was too shocked and embarrassed to process what was going on later on defend myself.

He dragged me to his car and continued to assault me physically and verbally while his cousin sat in the back seat and watched. At this point I was convinced that I was the one in the wrong and I begged him to forgive me. The abuse continued until I reached a point where I couldn’t take it anymore and I fought back. I realized that I had given this guy the power to abuse me and it was up to me to take it back, starting with realizing that I was more than what he said I was. All this time, he had conditioned me to believe that I was undesirable, fat and even ugly. He made me believe that he was doing me a favour by being with me.

Never forget that you are wonderfully and fearfully made; you are beautiful and there is just one you. Never ever compromise your dignity, moral values and principles just to keep a man. Once all this is gone all, that is left is an empty shell that will be swayed every which way by whoever.

Learn to stand your ground, stand in your power and bring your abusers to justice. And when you overcome use your experience to help others. I believe that God puts us in situations in order to better ourselves or the next person.

When you hit a giant wave of pain, ride it out!

And then there was the assault in Botswana. That was one of the lowest points in my life. I fell into a

depression that lingered no matter what I tried. That is when I gave myself permission to lean in into the grief.

I went back to my parents’ home, cried, prayed, and took long walks. I remember one particular fury episode; I picked up a log and started hitting the giant tree in our compound.

With each hit, I away from my pain, anger, grief and bitterness. None of the people in my group expected me to make it to the top, but I did. I remember the look of wonder on their faces as they saw me trekking slowly but steadily up, as they descended. That climb was probably one of my

most spiritual experiences. I had never felt that close to God than I did on that day. At one point as I went up the mountain I heard a voice ask “Rosie where are your shades?” without thinking I answered “they are in my pocket”.

“Get them and put them on.” The voice instructed. Without questioning why even I felt so special, so loved, so connected to the most powerful force in the universe and the most appropriate way to express was to naturally break down and cry!! (Laughs). By the time I descended that mountain I was a new person. I had a new perspective and a fresh vigor for life. This whole episode taught me that when you find yourself on your knees, stay there a little longer until you have learned the essence of that lesson. 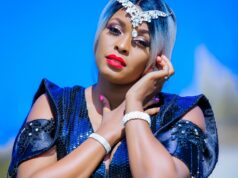 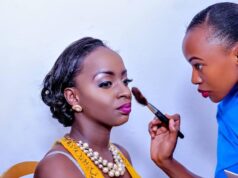 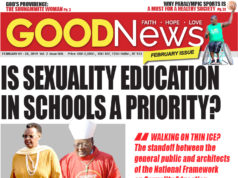