GLORIAH NYAKATO AHEBWA, 29, is the founder of Teenmoms Voice, a foundation that empowers and gives hope to teenage mothers in Kampala and Mbale districts. She shared her story with Daniel Kusasira.

After university, she worked with different charity organizations as a social worker. She was able to acquire enough experience, which helped her start her own organisation.

“I always wanted to make a difference in society. After observing what teenage girls go through when they get pregnant, I knew I had to come up with something in order to help them,” Nyakato says.

She adds that she always knew God had chosen her to help the needy, but always ignored this call till 2019, when she felt ready and quit her job to start Teenmoms Voice.  Nyakato says teenagers always struggle with pregnancies because most of them are not prepared for this experience and some end up risking their lives through abortion.

She says most of these victims are girls who grow up with absentee parents, who are always focused on working for survival of their families, with little time to pay attention to what their children go through.

She says: “Some of these girls are forced into early marriages by their parents, others are orphans and have no families.”

She adds that some are forced into sexual relations with older men for purposes of meeting their needs and in the end, they are left suffering with unwanted pregnancies.

The orgnisation is based in Naguru a Kampala suburb and most of the girls they help hail from the surrounding slums. However, they have extended their services to Mbale district, in Eastern Uganda.

Nyakato says they do outreach programs in communities especially in slums.

It is with programs that they find needy teenage mothers and those struggling with pregnancies at a young age.

During these community outreach programs, Nyakato and her team work hand in hand with local leaders and hospital officials, who identify the girls in need and bring them to her for help.

She says that the teenage girls are taken for medical tests after registration and those found with any kind of sickness are put on medication immediately.

For now, the girls are being looked after while still at their homes, as the organisation prepares to build a facility where they will stay permanently. They intend to accommodate those that are chased away from their homes after getting pregnant.

Nyakato says, “As of now, we are able to facilitate them for only a day, when we are doing trainings in life skills. We teach them entrepreneurship handwork skills so that they are able to make money and live independently.

The organisation also takes care of their antenatal and other basic needs, pay school fees for those that continue with school”

Nyakato has limited finances and she is not able to look after as many teenage mothers as she would wish.

She says they do not have enough external financial support, and sometimes they run out of funds to support the girls.  However, she thanks God for the generous people who make contributions towards her work.

She says: “When we were preparing for our first outreach, which was to take place in Mbale, we run out of money, yet there was still a lot we had not covered on our budget list.  Fortunately, a ‘Good Samaritan’ offered us money and we cleared everything.

“I knew God always wanted me to do this and He will always provide.”

The organisation is supported by a few well-wishers and they hope to get some international grants soon.

Nyakato plans to include boys’ mentorship programs in the organisation.  She says boys are always left out as part of the problem and involving them may reduce the cases of teenage pregnancies.

She also plans on extending her outreach programs in the Northern and Western districts of Uganda.

She advises teenage girls to abstain from sexual relationships, and encourages those that have fallen victim to get involved in entrepreneurial skills in order to financially sustain themselves. 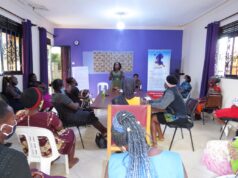 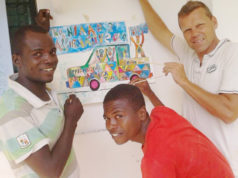 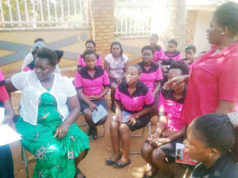