Finding difficulty in doing the things they desire, constantly warring with the world, the flesh and the devil, Christians nearly faint, and at times want to give up on serving God. But when they persevere, and stick to God’s guidance, they come out of the world and successfully run their race. Pr Samuel Namatiiti & Can Grace Kaiso explore what it is like to run the christian race.

We are living in such a time that one can easily get derailed. It is quite trying for one aspiring to be a true Christian to accomplish God’s purposes on Earth.

Some people have run this race as missionaries, others as leaders, some as worshippers and many of us as believers in unlikely circumstances.

Hebrews 12 paints a picture of an athlete on a marathon race, in a stadium full of spectators, cheering him on.

“Therefore we also, since we are surrounded by so great a cloud of witnesses, let us lay aside every weight, and the sin which so easily ensnares us, and let us run with endurance the race that is set before us, looking unto Jesus, the author and finisher of our faith, who for the joy that was set before Him endured the cross, despising the shame, and has sat down at the right hand of the throne of God” (Hebrews 12:1-2).

What distinguishes the normal race from one portrayed in Hebrews is that often the terrain is prepared and cleared of items that might endanger the runner.

All the other aspects of the race are similar, including the choice to run, the need to familiarise oneself with the rules that govern the race, the discipline required, the perseverance needed, the need to maintain the temperament of hope and the resolute to complete the race with a crown.

We also have a crowd of witnesses, those who have run their race and have passed on, we encounter them through the Bible, bibliographies, and often at funeral services where their testimonies are shared by those with whom they journeyed.

The call
The call to the Christian race starts with choosing to follow Jesus Christ, who sets the rules of the game and has modelled the details of the race.

“If you come to me but will not leave your family, you cannot be my follower. You must love me more than your father, mother, wife, children, brothers, and sisters—even more than your own life” (Luke 14:26).

It is a choice amidst competing interests. One between the interests of God’s Kingdom and the mundane things.
It involves putting a high premium on Christ and denying space to any potential detractors.

Once this decision point has been reached, then the real journey starts, and in the experience of many Christians, it is like leaving the banks of a river and entering a boat to sail.

One is then subject to all sorts of challenges like the unpredictability of the weather, the storms and anxiety about making the journey to the end.

It is not a sprint, but rather one that requires endurance, patience and perseverance.

Early on during his Christian life, he had committed to follow Christ as his coach on the journey of life.

He was called to the leadership of the Anglican Church of Uganda at a very difficult time, when the country was caught up in a serious storm.

It was too costly to exercise the Christian faith, and the security of most people and their property was constantly under threat.

The conditions were too tough to an extent that the only viable option for those who had the means was to run into exile.

He models how a Christian leader can enable the Church to live with the tension between the spiritual and social dimensions of its calling.

The events that led to his murder were not self-made, they were due to his obedience to what is right and his defiance to what was wrong regardless of the authority that ordained it.

He did not opt for the easy way out of compromise or silence for the sake of saving his life.

He instead chose to witness, to the values of the Kingdom; even to the point of losing his life.

Leading his fellow Bishops in a Bible study on Mark 5, a few days to his murder he confessed: “The Lord has seen us in the last past four days making headway painfully. But I see the way ahead very clearly. There are storms, waves, wind and danger, but I see the road …”

Their ministry was founded on prayer, systematic teaching of the Word, and openness in love of God’s people.
However, their journey was not a smooth one, as they were finally deported.

On Saturday, April, 1973, the day after Good Friday, Dave Freeman, one of their colleagues, had been in jail since Thursday.

Hugh went to the Kampala Police Station to see him, but he was told to go to the special branch headquarters.
Unfortunately, he was wanted by police; so when got to the station, they arrested him.

His house was put under search, with suspicions of owning a gun. But these were false accusations.
All Hugh and his wife knew, was spreading the Word of God.

The only reason they came to Uganda was to bring the Good News of salvation through Jesus Christ, which is received by believing in the remission of sin through the blood of Jesus (Matthew 26-28; John 3:16; Matthew 28:18-20).

By the time of Hugh’s arrest, Gospel Mission to Uganda had over 100 Churches in many parts of the country.

Even though nothing dangerous was found in their residence, they had already been ordered to leave the country within 12 hours.

Hugh arranged a business meeting, and with the C.I.D officers sitting beside him, he turned over the leadership of the Gospel Mission and the pastorate of Makerere Full Gospel Church to the local leaders.

The Layzells were now leaving the mission for which they had laboured and invested many years of their lives.
They were escorted to the airport by officers and returned to Vancouver, Canada.

When they reached the Montreal Airport, word had gone before them, and they were met by cameras and reporters.
They were asked why they had been deported, but of course, they did not know.

They were never told the reason why President Idi Amin regime was sending missionaries away. Hugh recently passed away at around the age of 90.

However, their legacy remains vibrating in many Churches, here in Uganda.

Apart from the modern heroes of faith like the Layzells, whose work sparked the Pentecostal movement in Uganda, and Archbishop Luwum, who stood for faith in difficult times to death, there other people who have run the same Christian race: Martin Luther Jr, who fought for the liberation of black people from segregation; Mahatma Gandhi, who led the non-violent independence movement in India; Nelson Mandela, who spearheaded the struggle against apartheid in South Africa, and many more.

Biblical characters
The Bible has many examples who diligently did God’s work, in relation to running the Christian race.
Regardless of the challenges they faced and battles they fought, the following people were able to fulfil God’s purpose.

Joseph
Born in a polygamous family, with dubious siblings and whose parents practised favouritism, Joseph was hated by his elder brothers, cast in a pit, sold as a slave, blackmailed by his master’s wife and thrown in prison over a crime he never committed.

Finally, he was taken out of prison to interpret Pharaoh’s dream in the palace, and when he did, he was allowed to stay out of prison.

Later, he became a prime minister in a foreign country (Egypt) and saved Israel from the famine of seven years.
He managed to secure a place for his family, who had hated and hurt him before.

He ran the race of his life and finished in victory, regardless of the difficult beginning.

He had everything and still worshiped God, and when everything was gone, he maintained his faith.

When his body and spirit were tried by terrible disease, he stuck to God, even amidst friends and his wife, who asked him to deny and denounce God.

David
He was chosen when he was 12 years, but waited for over 30 years to be enthroned. Running the Christian race entails having the fruit of patience from the Holy Spirit.

David had to struggle for what was rightfully his for years and throughout the process, he never defied the godly principles.

Finally, he conquered the throne, but unfortunately when he was King, he sinned against God when he killed Uriah and took his wife Bathsheba.

After all this, he repented his sin to God and served Him for the rest of his life. We are bound to fall because we live in a fallen world and have weak bodies, but we ought to repent and seek God’s guidance as we serve Him.

Jesus Christ
Jesus Christ showed the best example of service and running the Christian race. He came down in a human body, with all its vulnerabilities and served to save humanity (John 1:1-3, 14; Philippians 2:5-11).

To Him, the prize was our faith, and He was willing to die a shameful death at the Cross and save us from sin and suffering.

While Satan was racing to destroy us forever, God out-raced him through resurrection and secured our eternal salvation.

It is because of the victory of Jesus that we run this race with resilience because we know that God, who is the ultimate judge is on our side.

“You may talk of your cares and business and families,but their portion was just like yours: they were men of like passions; they did not neglect business, and yet they gave their hearts to God.

They show the race can always be run by those who have the will,” J. C. Ryle, The Christian Race. 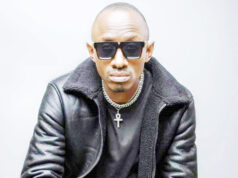 What others say about the need for Christians to pray always 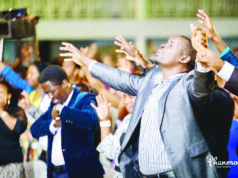 The need for prayer: why a true Christian should pray 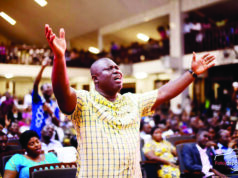 Immorality and the Church: What has gone wrong?