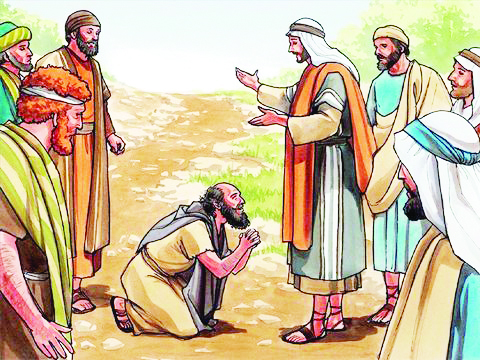 Luke 17:12: “And as He entered into a certain village, there met Him ten men that were lepers, which stood afar off.”
The 10 lepers talked about in the scriptures were suffering from chronic illness and incurable disease of that time. It was like cancer in our day, which in the majority of cases is incurable.

In East African countries, public health departments have allocated specific areas where people who suffer from leprosy and the like are confined. In Uganda, this location is at Kumi Hospital in Eastern Uganda.

I worked there for a week while at medical school in 1973, and saw the affliction these patients went through.

The Biblical lepers must have suffered greatly and spent a lot of resources looking for a cure. Worse still, the society they lived in confined them in particular areas to prevent them from spreading the disease to other people.

When Jesus encountered lepers amidst their quarantine, they were all healed. The meeting with Him was a provision of healing to them. All of those who met Him were healed, but unfortunately, only one came back to say “Thank you, Jesus”.

A leper in those days was a person who suffered a stigma that a person with HIV/Aids suffers today.

Their fate was equal to that of a person diagnosed with cancer today. It was absolute that whoever suffered leprosy would die.

But imagine being healed and not having a speck of gratitude in your heart. Only one of the 10 that were healed came back looking for Jesus to thank Him.

We must always understand the magnitude of our problem and appreciate God’s provision in our lives.

Nakato’s miracle
Our patient Honoranta Nakato, who delivered five babies at once, was once diagnosed with breast cancer and had to lose her breast.

Her life is a reminder to all of us that God has power over incurable diseases. She got cured of cancer and still gave birth after 22 years of barrenness.

It is both a testimony to the non-believers and the believers alike. There is no excuse to the unbeliever about the existence of God and His power to heal.

Nakato, who was referred to me by a kind doctor from Uganda Cancer Institute, Mulago, is an example of how Jesus can transform anything bad for His glory.

This woman was given months to live and she asked the doctor how she could at least have children before her death.
The doctor then referred her to me and I prayed with her knowing God would do a miracle for her and the rest of the world would hear about her testimony.

I transferred six embryos into her womb, but they were not in a good state. I still proceeded knowing God would do a miracle.

The miracle happened, and five babies were born and three years later, these kids (three girls and two boys) are healthy and enjoying life.

This must be God in action. There cannot be any other explanation for such a breakthrough. It was not my expertise or power as a doctor, but the providence of God.

A challenge
I do not know how your community has labelled you. Perhaps comments like; “you will never make it”, “you are dumb”, “you are a failure”, “you are going to die”, and more have been thrown at you. You have to believe in only God’s Word about you.

In my fifth year as a medical student, my gynecology professor used similar words and said to me: “Tamale you will never make it in life.”

Twelve years ago, his son came to my hospital with an inability to have children. I treated him and his wife and they got triplets, boys. These are his grandchildren.

Unfortunately, the professor passed on, but he did not know that I would turn out to be a doctor to his son. God knew!
Always remember God does not look at you the way human beings look at you. Do not give in to the devil’s tricks or voices.

God says in Isaiah 49:16: “behold, I have graven thee upon the palms of my hands; thy walls are continually before me.”
In addition, Jeremiah 29:11 says: “For I know the thoughts that I think toward you, saith the Lord, thoughts of peace, and not of evil, to give you an expected end.”

This is our God, the Lord Jesus, King of kings and Lord of Lords.

Believe in Him and you will be saved. May you dwell in the providence of God today, and thank Him for all His wonders in your life. Amen 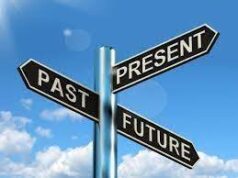 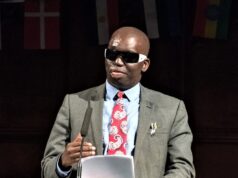