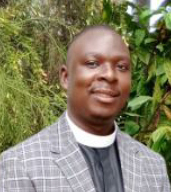 This is a prophecy against the nation of Moab. Reading through the 9 simple verses, it is all about a ravaging or destructive attack on the villages of Moab. It was so bad that even God mourned for them.

To get a clear picture, let us dig a little deeper in history. Moab was a son of Lot who was born of out of incest with his daughter (Genesis 19:31-37). Moab then became the father of the Moabites.  Moabites were known to be Israel’s enemies because they conflicted with them.

They harshly treated Israel and invaded their land (Judges 3:12-14). The Moabites were among the enemies of Israel during king Saul’s reign and  King David had a rough time with them too. (2 Samuel 8:2, 11, 12). So the punishment we see in Isaiah 15 is for dealing harshly with God’s chosen race.

More still, the Moabites never worshipped God of Israel. Instead, they had a god known as Chemosh. In fact, when King Solomon got Moabite daughters as wives, they influenced him to build an altar for Chemosh, a detestable god, and the Lord was angry (1 Kings 11:1,7,9). This must have attracted the judgement of Moab.

Friends, we can never escape God’s wrath if we deal harshly with His chosen children and servants. Secondly, if we do not worship the Lord God, anything we worship is detestable  and attracts punishment.

Can you imagine, even the Moabites who had survived the human invasion were killed by a Lion sent by God (Isaiah 15:9)! We cannot hide from Him really.