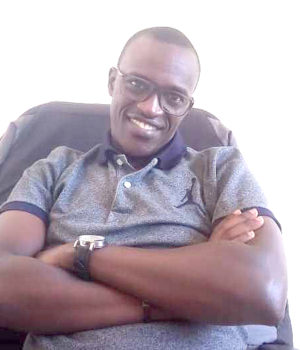 In our three previous issues, Good News carried articles titled: What you were not told in Church about tithing. The articles were written by Pr Ben Odongo. While I don’t personally know Pr Odongo, I would like to take this opportunity to thank the Lord for the pastor’s life, his gift of writing, and most importantly, his belief in Jesus Christ.

Another great virtue that this pastor casts unto us is the Berean Virtue of constantly questioning and investigating what we believe and what we have heard others teach (Acts 17:11-21).

It is important that Christians always check with the word of God, what they have been taught to believe. Christianity is not a universal view built on blind faith but rather on both evidential and substantial faith (Hebrews 11:1). It is the ministry and mission of Good News to preach the gospel in light of the truth presented in the Bible.

Good News, therefore, has no position and neither a school of thought but presenting what the word of God says. In the articles under scrutiny, the writer ably presented that tithing is not mandatory to modern Christians but below is my take.

Tithing not a shadow

In the fi rst part (July), the writer argues that “we are to look at the scripture in light of Christ. The entire Bible has a message of one person Jesus Christ. In the Old Testament (OT), they did not see Christ; they saw shadows and heard promises in prophecies”. I commend the writer on this.

However, this is a Christocentric principle of Bible interpretation where we subject every interpretation to its relations with Jesus Christ, the ultimate revelation. This approach, however, applies exclusively to those soteriological matters (matters concerning man’s salvation) but not to every other ecclesiastical issue.

Tithing is not a shadow for it was and still has nothing to do with one’s salvation and therefore it has never been a shadow of things to come to be abolished upon the arrival of the reality as many other shadows in the OT. This clarifi es the reason as to why it is not rehearsed in the New Testament (NT) as the writer argues that it is not mentioned in Acts and the Epistles.

To disqualify tithing because it is not mentioned in the NT is dismissing other vital Biblical doctrines like creation since they are not narrated in detail in the NT as they are in the OT. Tithing did not end with the Temple in the OT for it was not part of the symbolic (shadows) items and practices in the temple worship.

It is true that historically, tithing was a tax in Mesopotamia. However, this particular tax was one paid to an individual recognised as legitimate absolute authority.

This is why the patriarchs instead of paying the tithe to known authorities of then, paid it to a new king (Genesis 14: 20-24 Melchizedek) whom he believed was Lord over him and the cause of his success. In the same vein, another Patriarch Jacob recognises Yahweh as the Lord who receives his tithe (Genesis 28:21-22).

It is true that “scripture will never mean today what it never meant when it was written”. All Christians, therefore, who still recognise the same God of Abraham and Jacob as the source of their health and wealth (Deuteronomy 8:18, Exodus
15:26) do tithe.

The same authoritative Melchizedek who received the tithe of Abraham in the OT is the one who is revealed in Hebrews 7:1-9 as Jesus Christ the eternal perfect high priest who receives the NT believers’ tithe through modern Levites who are the pastors.

While “He receives them” might be a translation aid, it is contextually true that Melchizedek is not a symbol but the Jesus who lived in the time of Abraham (John 8:58) and continues to live (Hebrews 7:8).

Tithing is an Ecclesia practice

Malachi 3:8-10 is ‘thus saith the Lord’ through a prophet. Tithing is not man’s invention as some argue but a divine mandate for the Church of Christ.

Tithing is a practice to the general congregation as well as the receivers (Levites) of the same tithe (Numbers 18:25-32). In Malachi it is robbery not theft talked about. Both the congregation and the Levites who know to whom the tenth of their income belongs to, take it with impunity.

That is why the root meaning of the Hebrew word ‘Qaba’ is ‘spoils’ that which the winners in war take from helpless losers. The tithe is a tenth of your income in a particular economy one is, whether agrarian or a monetary one.

None was forbidden to tithe money equivalent to their harvest in the OT agrarian economy and none is forbidden to tithe in kind today in a monetary economy. Mathew 23:23 is a challenge to us modern Christians who fail to do even what hypocrites like Pharisees did – tithing. 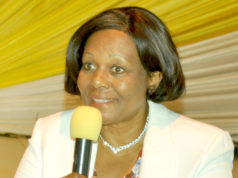 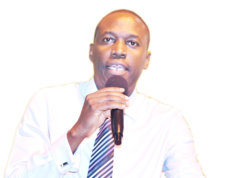 To him who has, more will be given 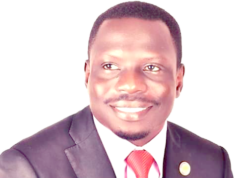 What you were not told in church about tithing (Part 3)