The case for infertility in Uganda, Zambia and Tanzania

Infertility is a global concern affecting both women and men. According to Dr Edward Tamale-Sali of Women’s Hospital International & Fertility Centre (WHI&FC), Bukoto Kampala, about 50 per cent of the couples registered have infertility due to women’s problems such as blocked tubes resulting from sexually transmitted infections and surgery, ovarian problems or absence of a uterus. About 40 per cent of the cases are due to no sperm or low sperm count in men.

Dr Sali says ever since the hospital opened in September 2005, they have had over 15,000 babies born by assisted reproductive technology (ART) such as in-vitro fertilisation (IVF) in Uganda, Tanzania and Zambia.

He notes that WHI&FC was the first health facility to record baby through IVF in Tanzania (2012) and Zambia (2015). He estimates that in a month, the three fertility centres register about 30 couples grappling with infertility.

In Uganda about 10 to 15 per cent of couples cannot bear children due to infertility; while infertility is equally a huge problem in Zambia.

We got twins after 18 years of a childless marriage

I failed to conceive immediately after our wedding in 2000. I resorted to using herbal medicine while I sought medical treatment from various hospitals. But still I did not conceive.
It was until 2007 when a close of friend advised me to see Dr Sali [at WHI&FC]. The friend gave me directions to the hospital and luckily I got Dr Sali at the reception.

He examined me and said I needed to start on medication, but advised me to stop using any other medication including herbal. I was having my menstruation period normally in addition to regular sexual intercourse, but still I did not conceive. He asked me to take my husband along for thorough medical examination including abdominal ultra-sound scan.

The results indicated that my husband did not have any problem. He later explained that the lining of my uterus was too weak or thin to support attachment and growth of pregnancy.

In 2010, Dr Sali decided to put me on IVF treatment. IVF is where there is fusion between sperm and the woman’s eggs in a test tube to form a fertilized egg.

The fertilized egg (embryo) is later transferred into the woman’s uterus through the cervix. I conceived with twins through IVF treatment. Unfortunately, I did not carry the pregnancy beyond one month!

It was devastating, but we did not give up. In 2014, I conceived again with twins through IVF. I carried the pregnancy to seven months but developed abrupt abdominal pain.

I was rushed to Nakasero Hospital where the babies were delivered by C-section. One of the babies died immediately and the remaining was put in an incubator.

But he, too, died after a month. In March 2018, we had yet another IVF treatment. Luckily I conceived but given my health history, Dr Sali suggested I get close monitoring.

This meant I had to regularly go to hospital for check-ups. But due to my condition, I had a successful C-section delivery at 32 weeks. The babies were immediately put in incubators and monitored for two weeks. We were discharged, but given a neonatal nurse to monitor the babies for two more weeks.

We adhered to the instructions and our babies grew without any major complications. When the babies turned one year, we returned to Dr Sali, this time to appreciate him.
During the 18 years of our search for children, we depleted all our savings in order to pay for treatment.

We are grateful to God that He answered our prayers. Our two boys are now one year old.
All my siblings and my in-laws have children. So the idea of not having children had stopped me from attending family meetings.
I would feel bad whenever they introduced their children and I did not have.

The community also mocked us. They always asked why we worked so hard to accumulate wealth yet we did not have children.

I am a proud father of triplets

I am Siatalimi Mweemba, a journalist in Zambia’s Copper Belt Province. I am a proud father of triplets: two girls and one boy thanks to the treatment I got from Lusaka IVF and Fertility Clinic.
We got married in Ndola, Zambia in 2009, and started the journey of expecting our first child.

Little did we know our search for a baby would stretch to nine years! The constant stares from inquisitive visitors who would want to confirm whether my wife was pregnant psychologically tortured us.

I resorted to working hard and even got promoted at the workplace, but the issue of being childless was troubling me all the time. My wife was devastated to a point that in 2013, she developed high blood pressure.

Some friends told us about a Chinese clinic in Lusaka, and we decided to go there. I was diagnosed with azoospermia, meaning there was no sperm in my semen. I was given some medicine.
Two years later, I did another test at Lusaka Trust Hospital and results showed I still had azoospermia. This time my wife was diagnosed with fibroids. She underwent surgery. We met many pastors for prayers, but nothing changed.

During our visit to Lusaka in 2015 July, we saw a roadside billboard of Lusaka IVF and Fertility Clinic. We decided to make an inquiry. Little did we know the step of faith we had taken would wipe away the tears we had cried for three years.

At the clinic, we were subjected to many medical examinations, and Dr Sali recommended IVF. We were optimistic until we received the news of negative results. However, Dr Sali and his team encouraged us to try again.

The idea of undergoing another testicular biopsy, a process used to get sperm from the scrotum, left me traumatized. We also did not have money to pay for more treatment, but Dr Sali assured us the money was not an issue.

He said what really mattered was having our own baby. The second attempt was also negative. Dr Sali, again, encouraged us not to give up. We went for the third IVF attempt, with some procedures at no cost.

Then a call from the clinic informed us that our results were positive. The news gave us great relief. However, two weeks later, another test was done and results indicated that the Follicle Stimulating Hormone (FSH) levels had gone down and we had lost the baby. We were told that FSH is responsible for stimulating follicular development, and Folliculitis is where eggs grow in women. We continued praying and went for the fourth IVF attempt.

After some time, an ultra-sound scan was done which confirmed a pregnancy of triplets. My wife carried the pregnancy to term without complications. The babies were born at the University of Teaching Hospital in Lusaka on February 12, 2018.

They weighed 2kgs, 2.3kgs and 1.9kgs. Although all the IVF treatment procedures cost us a lot of money, we are happy that we now have children. Today every one addresses us by our children’s names. We thank Dr Sali and his Lusaka clinic team.

I got married in 2000, but it took me long to conceive. Given Dr Sali’s expertise, he diagnosed my medical complication. After several medical tests, I was diagnosed with endometriosis. All is now history because today, I am a mother of two children. Dr Sali put me on treatment, and in 2006 I conceived. I conceived again 11 months later and gave birth to my second baby.

During the six years of barrenness, my husband and his family were very supportive. He constantly reminded me to go for my medical appointments. I kept in prayer. I would also take my medicine at the right time as advised by the doctor.

Dr Joseph Kafuuma of WHI&FC says endometriosis occurs when the lining of the uterus (endometrium) grows in other places such as the fallopian tubes, ovaries or along the pelvis. It usually presents with infertility due to blockage of the tubes or abnormality of ovulation.

He estimates that about three out of 10 women who are battling with infertility have some form of endometriosis. The symptoms include painful period and it keeps getting worse, painful sexual intercourse, pain during bowel movement or urination.

In rare cases, endometriosis goes to other sites such as the lungs resulting into cough. If it goes to the naval, there is blood discharge.

Dr Kafuuma describes azoospermia as absence of sperm in semen. Men with this condition ejaculate semen that does not contain sperm to make a woman pregnant.

He cites the cause of azoospermia as undescended testes which remain hanging in the groin or abdomen. Azoospermia can also result from: mumps suffered during onset of puberty affects the testes and they fail to produce sperm in adulthood, blockage of the tubes that bring up sperm to meet with the semen due to sexually transmitted infections resulting into scaring. Hernia surgery especially around the groins may cause the tubes to be injured or accidentally tied.

Treatment of azoospermia depends on the cause. For instance if undescended testes are recognized early, they can be brought down, blocked tubes can be unblocked and so on. 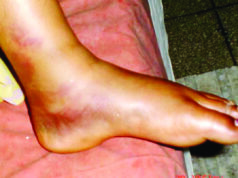 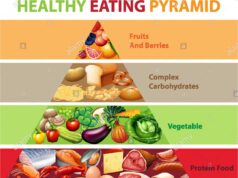 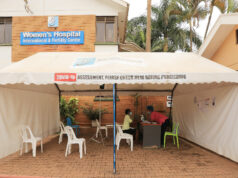