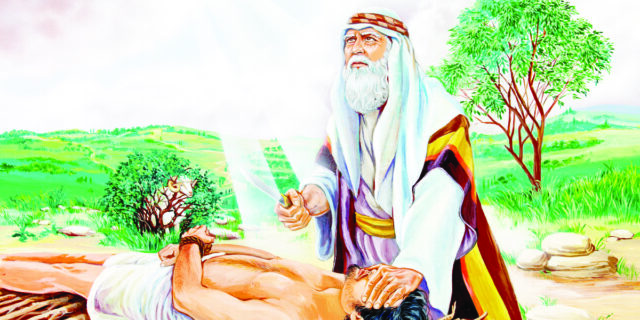 On their first time of meeting, God asked Abraham met, God tested him by asking him to leave his homeland and go to the land He would show him.

Abraham believed the God he never had a history with, and left his home to go to another country he was not familiar with. At 100 years of age, the same God came back and told Abraham and his wife Sarah that they were going to have a baby.

They had been childless and Sarah was already in menopause. God’s promise of a child to this couple was unbelievable, but while Sarah doubted, Abraham as usual believed God.

He was convinced that they would have a biological child. We learn from Abraham’s lifestyle that faith is about believing the unbelievable.

Abraham’s world
Abraham lived in a culturally conservative society, which was known to be disobedient to God. But even in such an environment, he lived and exercised utmost obedience to God.

In his society, people offered child sacrifices to their idols, but the God of Abraham never endorsed this form of worship (Leviticus 20:2, Jeremiah 32:35).

Abraham lived in a culture that observed the importance and meaning of an heir. To lose the heir was equivalent to loss of identity and continuity of a family.

Controversial request
To Abraham, Isaac was the rightful heir of his family. Therefore, it was gruesome for God to ask for Isaac to be slaughtered.

Sacrificing Isaac meant eliminating the Abrahamic identity and continuity. It was very controversial for Abraham to be asked to sacrifice his only son.

This also could have caused conflict in his belief system. How could the true God of Abraham ask for human sacrifices just like the heathen gods? Why would God give you a son after all this long and then take him away?

Even with such questions and more, Abraham went ahead and put his faith in action and decided to sacrifice his only son, just because his God had asked him to.

The true God made a demand that only a false god could make, but Abraham still believed Him. Abraham, taking and binding his only son at the sacrificial altar, exhibited how much he trusted God.

Abraham’s faith teaches us to trust in who God is. He knew who he had believed. He knew it was upon him to worship God, even if this same God rebuked child sacrifice.

The role of Abraham was to obey God, not to correct or teach Him. What God asked Abraham was controversial to who God was, but he minded his business, which was to trust and obey God.

Therefore, faith in action is guided by the main principle, which is worshipping the one true God. As long as you understand God, the rest of your business is to trust and obey.

Tested faith
God strengthened Abraham’s faith through a series of tests and trials, and this prepared him for future problems.
The purpose of the testing of our faith is that it might grow.

As our faith is tested, we discover that God is faithful in one situation after another. This is what 1Peter 1:7-9 says: “The genuineness of your faith, being much more precious than gold that perishes, though it is tested by fire, may be found to praise, honour, and glory at the revelation of Jesus Christ, who having not seen, you love.

“Though now you do not see Him, yet believing, you rejoice with joy inexpressible and full of glory, receiving the end of your faith, which is the salvation of your souls”.

When the faith of Abraham was tested, he offered up the most precious gift, Isaac. What is that one precious thing you would give up for your faith in God? 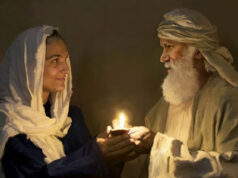 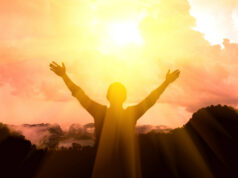