It is not very common that a person practicing Hinduism converts to Christianity, but also enroll into pastoral ministry. But Ugandan-born Indian couple, PETER RUPARELIA and his wife DR BEENA RUPARELIA defied all odds and accepted Christ as their Lord and Saviour, risking their families’ relationships. Today they are established in the faith and serving God. They spoke to Nathan Kiwere about their journey in Christianity.

The name “Ruparelia” rings a bell in the minds of most Ugandans for obvious reason: The leading property mogul and businessman in Uganda, who is Sudhir Ruparelia.

Pr Peter Ruparelia was born in Uganda and comes from Hindu background. He was 11 years old when former president Idi Amin expelled all Asians from Uganda.

His family sought refuge in England, before he and his brother relocated to Canada, where he established a Gospel Ministry, Voices of the Nations, which he has led for the last 16 years.

His wife, Dr Beena Ruparelia, was born in Jinja. She was only three months old in 1972, when the Asians where expelled from Uganda.

They fled to Canada with her family and have been there for the last 48 years.

From a Brahmin to prayer warrior, intercessor

Dr Beena was practicing Hinduism and Brahmin, the highest caste in Hinduism where she was worshipping idols.

“I believe God allowed me to go through that because I learnt to intercede and stay in the presence of God,” she says.

While in Canada, she was adopted by an English couple, who took her on as their granddaughter.

They introduced her to Christ, the Bible, prayer, and would also pray for her. They also taught her how to eat meat because she was vegetarian.

She was 18 years old when she had her first vision of Jesus Christ.

One day while watching a Baptist Church Service on TV, the pastor asked whoever was feeling depressed and hopeless if they wanted to change their life, to raise their hand.

She raised her hand right there and accepted Christ as her Lord and Savior.

For three years, she was persecuted by her family because her father did not approve of Christianity.

Mainly practiced in Asia, Hindu beliefs include Dharma (ethics/duties), Samsāra (the continuing cycle of birth, life, death and rebirth), Karma (every action has a reaction), Moksha (liberation from samsara or liberation in this life), and the various Yogas (paths or practices).

Hindus are free to believe what they like about God, life after death, and the creation of the world. They may worship their own God or gods in whatever form they wish. To Hindus, conduct is far more important than belief.

Pr Ruparelia worked for 14 years at a department store in Toronto. It is here where he met two Christian men who frequently told him about Christ and always encouraged him to go to church, but he always resisted.

He had been married for eleven and a half years to a Canadian woman. Meanwhile, his family disowned him because they wanted him to marry an East Indian woman.

At the time of his marriage to his first wife, he was an Atheist. His two brothers-in-law were on drugs and they introduced him to the illicit and addictive lifestyle of drugs.

Amidst all this, he discovered that his wife was involved in an extramarital affair, which led to their break up. Out of total desperation he decided to end his life, by taking all of the drugs in his home and drinking 100 per cent-proof Jamaican Rum.

Suddenly, while trying to commit suicide, a bright light came into the room in his apartment where he was.

He could not see the face behind the light but later realised it was Jesus. He had never felt the kind of pure agape love he felt at that moment. “I felt like a little baby in God’s powerful arms and instantly became sober,” he says, closing his eyes.

Meanwhile, he received a phone call from one of the Christian men at his workplace, who told him that the Holy Spirit had asked him to call. He sent his other colleague to pick him from his apartment.

As the friend took Pr Peter to the car, he felt the glory of God so strong on him and also noticed that people kept on staring at him wherever he passed and realised they were not staring at him but at God’s presence. He was taken to Church the next day, and it is then that he gave his life to Christ.

Pr Ruparelia had witnessed first-hand some of the gruesome things that Idi Amin’s henchmen did to fellow citizens; the killings, public lynching, the disappearance of kids they played with and many more.

Through this experience, he developed bitterness against Black people, and this carried on through to adulthood. But for some strange reason, most of the people that came close to him later in life were of the Black race.

“Even when I gave my life to Christ, my spiritual mentors were Black; one was from Nigeria and the other from Ghana. My best friend in England was from Jamaica,” Ruparelia says.

Knowing Christ not only softened his negativity towards Black people, but he also got a conviction to orally confess his forgiveness of them.

Even though it was because of the actions of one man that caused his ill-feelings, he largely felt betrayed by his country; his birthplace had rejected him.

With immense emotion, Ruparelia says: “When I returned to Uganda for the first time in 2020, God told me to forgive Uganda. So when I landed at Entebbe International Airport, I went on my knees in the parking lot and said, Uganda, I forgive you.”

When he gave his life to the Lord, Pr Ruparelia started as an usher and then moved to the sound department, where they had a recording studio.

They began to find Christian talents and did a demo CD for them and this is how his ministry, Voices to the Nations, began.

In 2005 he organised his their first concert, which brought together people from different Christian denominations and cultures.

They had 33 teams that ministered in cities, groups include Philipinos, Chinese, Koreans, Hindu Punjabis, many nations under one roof. They were the first Christian group to initiate such an activity in Toronto, a city with a lot of Christian intolerance.

Their main goal is to win souls by spreading the Gospel through the nations.

They dedicated every Wednesday for fasting and praying for the souls. In 2015, the city of Toronto wanted to shut them down but God intervened.

Through Voices of the Nations, they started doing charity work in 2013 in Toronto. They secured grants from the government.

Dr Beena says: “We started this charity in 2013 and it was inspired by the love for music and arts. My husband has loved music all his life.

“God showed him in a vision about a revival that took place in a large stadium in Toronto and saw different worship teams from different nations.”

Pr Ruparelia had never thought of returning to Africa, let alone Uganda. But God has other plans for his life.

The couple has responded to the call to return home and spend the rest of their lives doing God’s work.

They have already registered Voices of the Nations, as an NGO in Uganda, as a branch of the Canadian entity.

They work to serve single mothers and children. Their decision is premised on the fact that it is hard for single mothers to raise children in a way that they will not become a menace to society. They also want to be part of the coming revival in Uganda.

“Christians believe that revival is starting in North America but God told me that revival is going to start in Kampala Uganda. In spite of the corruption and other things happening here, people’s hearts are ready to receive Christ,” Ruparelia says.

Their plan is to hold a revival worship conference in a stadium to pray over the nation.

They plan to unite 54 different tribes together in worship and to bring healing to the divided nation.

They also hope to start a benevolent fund, which will be for supporting vulnerable families.

“We have been called to minister to Punjabis, Hindus and Muslims, along with healing and deliverance,” Dr Beena says. 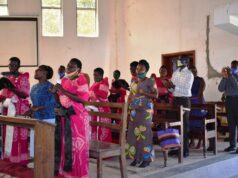 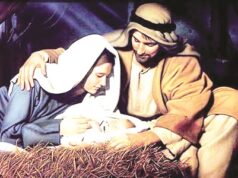 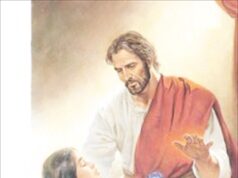 Jesus’ despised background did not limit His victory