Pr Harold Adrabo had a very hard-hitting journey while growing up in a polygamous family. He grew up thinking he had a ‘spirit’ of rejection because even his own family members did not treat him right. However, everything changed after he gave his life to Christ. He told his salvation story to Lilian Ntege.

Difficult childhood
Pr Adrabo grew up from Alipi village, Yivu sub-county, Maracha district. Growing up, he says his father and step mother mistreated him like he did not belong.

He was denied school fees and other basic needs, and he had to struggle to fend for himself. He did odd jobs to get money to pay for his school fees.

He says his childhood was so miserable that he one time contemplated suicide. But while he had already bought a rope and ready to take his life, he received an inner voice of hope, giving him a glimpse of a bright future that was ahead of him.

It is from this moment that he decided to endure the hardships as he looked forward to his future.

He also decided to get involved in Church activities as he believed God had given him a second chance to life.

He says one day as he was from a youth fellowship, he received a conviction from God that he was supposed to give his life to Christ fully.

He then decided to accept Jesus as his Saviour and became born again. Unfortunately, when his father heard that he had become born again, he started harassing him to the extent of holding a panga and wanting to cut him into pieces. Luckily, he managed to escape.

He decide to go to his grandfather, his father’s uncle who was a Reverend, and narrated his story to him. He was then allowed to stay at his grandfather’s home as he figured out life.

When he completed senior four, his father allowed him to return home, after serious talks and counselling from his uncle. He stayed till he completed his education and came to Kampala in search for employment.

Starting own ministry
Before getting the job, he says he was led by God to join ministry.

“I decided to join Life Ministries, Kololo Kampala, where I trained in serving God for three years. After completion, I was transferred to Luwero district to serve the ministry from there,” Adrabo says.

He adds that after three years of service, God led him into establishing his own ministry in Gayaza, Kampala.

“I felt so confused. I feared the fact that I had to construct a Church and run it because I had no money to buy land. It was hard, moreover directing me to an area where people speak Luganda language, which I did not know,” he says.

He adds that God always assured him of how He would always help him build his ministry, but he did not have any knowledge and idea how this would be sustained.

With God’s graciousness and favour, he went to Hormisdallen Nursery and Primary school, Gayaza campus, where he met the director Mulalazi Kizito, who offered him space for one year in the school hall, free of charge.

He says: “It is an amazing testimony I can never get over. From the time I started serving God’s people, to the time my ministry grew.

“After one year Mukalazi offered to buy me land in Gayaza, claiming I am a good pastor not like those who serve for material gains.”

Unfortunately, there were wrangles on the land they had identified. This, they opted to get another one in Kasangati, where they constructed Miracle Harvest Church, in 2011.

Pr Adrabo says due to trusting and respecting Gods guidance, he has enjoyed the gift of salvation.

He says God has been very faithfull to him, and he has now planted 20 Church branches in different parts of Uganda.
“We have Churches in Kasese, Bweyale town in Nyakadot, Ntungamo, Isingiro refugee area, Hoima and Lyantonde,” he says.

He points out that 19 of the Churches are on their on own permanent pieces of land he bought, while he is still contemplating on buying land for the remaining one soon.

He says some of this money for construction and buying land has been coming from donations.

More responsibilities
Pr Adrabo is also the overseer of born-again Churches in Gayaza and also in Nyangabo subcounty in Fortportal district, a responsibility he is grateful to God for.

He is also currently pursuing his Masters of Christian Leadership Administration and Management at the North-Western Christian University, Kitetika campus, Wakiso distrct.

He says he will always serve God for the rest of his life as He wanted him to be. 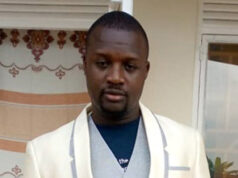 My father dug a grave, wanted to kill me for changing religion- Mugoya 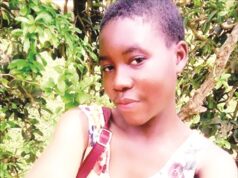 I used to beg for food, God provided-Nakiguli 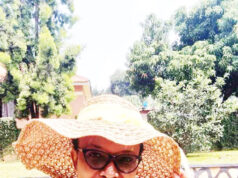 Mwesigwa’s dilema: Holding onto her breast or life