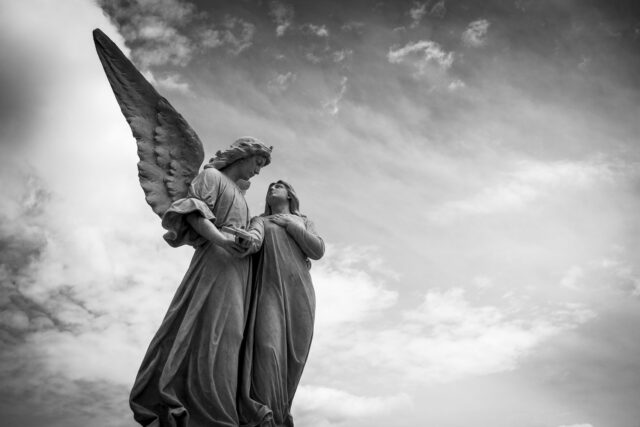 QUESTION: Hello Pastor, what is the meaning of “sons of God” in Genesis 6:2 and 4 – Brian Kata

Thank you, Brian for the question. I normally don’t give answers but responses. I insist on progressive revelation and perpetual growth in knowledge and since answers are conclusive, I give responses and provoke further search.

Let me start by quoting the passage from which we got our question. There were giants on the Earth in those days, and also afterwards, when the sons of God came in to the daughters of men and they bore children to them.

This is one of the most challenging situations in the Bible but still, we attempt to know and the Lord is always with us to help.

The Phrase ‘Sons of God’

The most challenging phrase in this passage is, ‘Sons of God’. Who are these sons? There are two positions: one from the pagan world, while the other is from the cult of Judaism.

The former can be traced to deuteron-canonical books, specifically the book of Enoch, that argue for evolution and not creation. To this Book, we were all giants and have evolved to become mediocre from our original stature.

We all were giants like Nephilims and the fall has got us to this place. The original species of human beings can only be recovered by the gods (sons of God) matting with human beings to restore the original breed.

The belief in the Pagan world has always been that gods have sexual intercourse with human beings. It is, therefore, believed that the passage in Genesis 6:1-4 was inspired by the pagan text and inserted into the Bible.

The other position is that of the Judaism cult which argues that the sons of God refer to the ‘fallen’ angels who had intercourse with humanity (1Peter 3:19-20; 2Peter 2:4; Jude 6).

The phrase “sons of God” is used elsewhere, of angelic hosts in God’s heavenly court (Job 1:6; 2:1; 38:7). While in the world of demonology, it has been reported that demons have sex with people, the phrase ‘Sons of God’ cannot be used to refer to demons.

Secondly, when Jesus was asked about marital issues after resurrection, He stated thus: “For in the resurrection they neither marry nor are given in marriage, but are like Angels in Heaven” (Matthew 22:30). From this, we learn that sons of God in Genesis 6:1-4 could not be Angels of God but demons.

Demons are nowhere in scripture (to my knowledge) addressed as ‘Sons of God’. It is Angels of God that are addressed as Sons of God (Job 1:6; 21:1; Psalms 29:1) and sometimes used to speak of followers of Christ (Matthew 5:9; Romans 8:14; Galatians 3:26).  Sons of God do not have sexual intercourse

Thirdly, the only recorded time when a celestial (cosmic) being physically got involved with a human being there was no sexual intercourse. That celestial being got incarnate in a human womb and was born (Matthew 1:18-21). If the Nephilims were products of the sex between celestial beings and humans (as some school of thought argues) then, we now know it wasn’t our God or anything related to Him.

We, therefore, conclude the phrase ‘Sons of God’ in Genesis 6:1-4 does not stand for Angels of God or any demonic elements (because they cannot be addressed as ‘Sons of God’ for that matter). Who were they then?

Who are the ‘Sons of God’ then?

From the literature and historical point of view of Genesis where the phrase ‘Sons of God’ appears, it should be known that Genesis is assembled and compiled by the Massorets (Hebrew Scribes) during and after exile.

It is also fair to state that Genesis and the Pentateuch (first five books of the Bible) altogether, is an organised account (Luke 1:1-3) of the oral tradition by the Massorets (serving as redactors) to ensure that the theme of the revelation these first recipients had received is maintained.

Genesis 4–5 describes two lines of descent from Adam: one through Cain (he whose agricultural offering was rejected justifying how wrong righteousness by works is) and the other through Seth (he whose blood sacrifice was accepted therefore justifying salvation through the blood of Jesus Christ).

In the Old Testament, God’s covenant people are sometimes referred to as God’s sons (Deuteronomy 14:1; Jeremiah 3:19), though the precise phrase “sons of God” is never used of them, the emphasis is on the covenant people of God which actually doesn’t merely stand for belief but even the race.

I invoke Truth, Wisdom and Faith

Send your questions to: 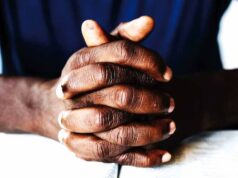 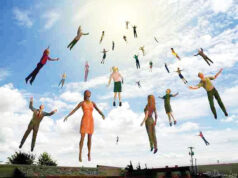 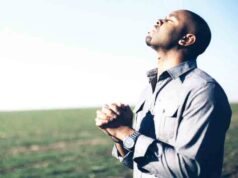