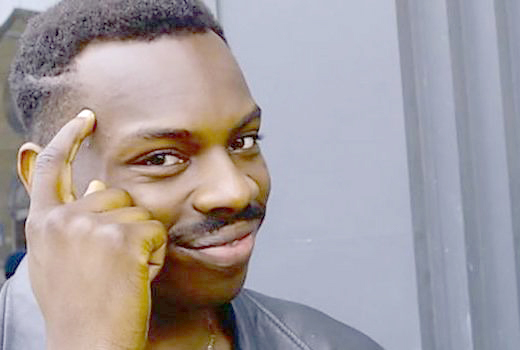 I am Denis and I follow your teachings on almost all platforms and in this newspaper. I want to understand why you invoke reason, particulary in your teachings. I reason that faith is understandable because without it, the Bible says we can’t please God. I understand truth to be Christ Himself. However, isn’t faith an enemy to reasoning?

Response: Thank you, brother Denis, for the question and for following my teachings. Well, let me answer your question in bits because I realize there is a number of independent queries in it. I always invoke truth, reason and faith in my teachings, but particulary ‘reason’ because humans are reasonable beings. According to Genesis 1:26-27, human beings were created in God’s image. The image and likeness of God in which we are created in cannot be in the physical features or our statures, but in what I call an intangible reality.

We are reasonable beings by nature

The intangible reality that qualifies us to be created in the image of God is the ability to think about and question reality. While there are other creatures with the ability to think, reasoning is exclusive to humans. While all other creatures have instincts, only human beings have the ability to philosophize and demonstrate knowledge. Because we are reasonable beings, God entrusted us with the task of naming other creatures (Genesis 2:19-20). The existence of vocalized and calligraphic language crowns man as the supreme reasonable being in God’s creation (Acts 2:8, Psalm 19:14, Isaiah 50:4, 1Corinthiaans 14:10).

Is reasoning enemies with faith?

Many post-modern thinkers and scholars have always despised Christian faith and dismissed it as irrational and, therefore, irrelevant. Richard Dawkins, a renowned atheist, makes this point dozens of times in his book The God Delusion. “Christianity… teaches children that unquestioned faith is a virtue. You don’t have to make the case for what you believe,” writes Dawkins. “Faith is an evil precisely because it requires no justification and brooks no argument.” Apart from Dawkins, many of the elites of our generation embrace the accusation of atheists towards Christians that we only believe what we believe because of blind faith. In other words, we have no rational reasons for believing in God or other ecclesial dogmas. We are esteemed as unreasonable people, which essentially makes us substandard and inferior. However, there is a Christian school of thought that insists faith has nothing to do with human reason; thus, one doesn’t have to be rational in faith. To them, if it can be justified, it is not faith in its originality. They insist God’s revelations to us are a mystery and that we should just believe and not attempt to interpret and explain (Deuteronomy 29:29, Job 11:7-12, 1Corinthians 14:2). This is what atheism calls irrational and blind faith.

Professor Peter Kreeft, in his A Handbook of Christian Apologetics, wrote: “If faith and reason are not wedded partners, if faith and reason are divorced or incompatible, like cats and birds, the apologetics is impossible. For apologetics is the attempt to ally reason to faith, to defend faith with reason’s weapons.” In Theology and Bible study, human reason is inseparable from faith. Christianity is business where a supra-rational deity reveals Himself to us so that we make conclusions and evaluations based on the existing divine revelation. There is, therefore, no contradiction between faith and reason, but harmony and balance between rational investigation and faith in divine revelation. Jose Morales wrote: “In contrast to the extreme postures of rationalism and of fideism, the Magisterium of the Church has promoted from its beginnings the harmony between reason and faith. The Christian does not stop thinking when he believes. As for the theologian, he uses reason (especially philosophy) to analyze, to go deeper, to defend and to present the truths of faith to the world.” Faith and reason are two different faculties of a human being that ought to function circumstantially. It is not true, even in the most empirical sense, that our faith has no reasoning and neither is it true that our reasoning is faithless. I will use the example of secular scientists. In science, conclusions are drawn based on facts and evidence, but the attempt that leads to all these experiments is one that stems from a baseless faith. In other words, a scientist must believe (without existing evidence) that something he doesn’t know but wants to know will happen in every experimental endeavour he takes. Faith begins in that obscure mysterious centre of our being the Bible calls the ‘heart’ (Romans 10:10, Proverbs 4:23, Mark 7:21) and ends when demonstrated reasonably (1Peter 3:15-16, Philippians 1:16).

Finally, the biblical definition of faith in Hebrews 11:1 (KJV) is: “Now faith is the substance of things hoped for, the evidence of things not seen.” This proves faith and reason work hand in hand. You cannot have one without the other. The Greek word for substance is Hupostatis, and this word is used to mean the objective reality that gives a firm guarantee and basis for confidence. The Greek term for conviction is Elegxos, which means strictly trying or testing to prove. Christian faith is tested by reason, and what makes it substantial is the sense it makes. All Christians are called to believe God because without faith we cannot please Him (Hebrews 11:6), but the same God also calls us to reason with Him (Isaiah 1:18). God bless you. I invoke Truth, Reason and Faith. 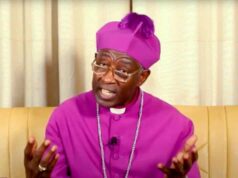 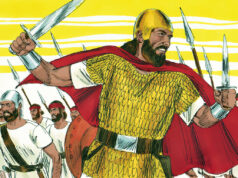 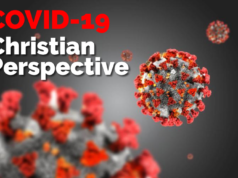 Looking at Covid-19 with a Christian perspective