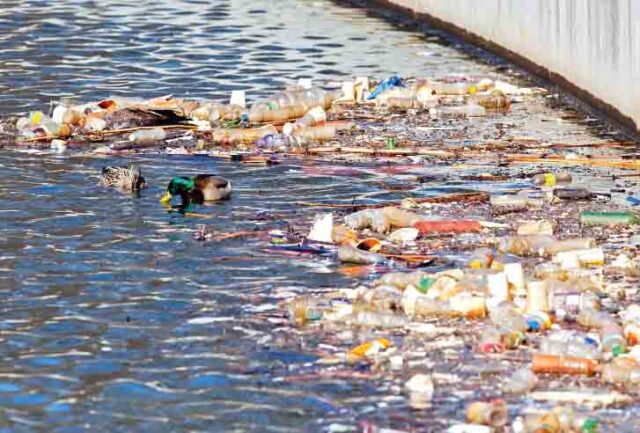 Environmental pollution has a direct impact on human health and animal life as well. Air, noise, water and land pollution affect life on Earth, yet this subject has been stifled by evolving technologies.

“In addition to affecting people’s health, pollution is one of the main reasons for the loss of biodiversity. It reduces the ability of ecosystems to provide services such as carbon sequestration and decontamination.”

Effect on health
Estimates by the World Health Organisation (WHO) indicate that the proportion of the global burden of diseases associated with environmental pollution hazards ranges from 23 to 30 per cent.

Acute exposure to contaminants in drinking water can cause irritation or inflammation of the eyes, nose, skin, and gastrointestinal system.

Mwenda adds that noise pollution, also known as atmospheric pollution, is harmful to living beings on the planet.
It is one of the most dangerous environmental threats to health.

Noise can cause attacks of stress, fatigue, depression, anxiety and hysteria.

Regulation
Gerald Babi, a senior water officer at the Ministry of Water and Environment, says environmental protection should be a social responsibility to everyone.

“We are enforcing Water Act 1998, which criminalises littering, dumping wastes and garbage and water pollution.

“Those who break this Act, especially Caps 152, are taken to court to face the law,” he says.

According to Babi, all industries are regulated and monitored. The Uganda Manufacturers Association (UMA) was directed to strictly adhere with the law on environmental pollution, and all industries generating wastes are routinely monitored.

“We are also issuing water discharge permits. We put in place an Efficient Treatment Plant (ETP) to ensure that all wastes are put in the right place and are managed properly,” he says.

He warns: “Those found dumping wastes into Nakivubo water channel will definitely be charged and imprisoned. We are very serious on this issue.”

Drinking contaminated water is one of the most direct routes of exposure to pollutants.

The actual exposure through drinking water depends on the amount of water consumed; usually 2 to 3 litres per day for adults.

Chlorination is currently the most widely practiced and most cost-effective method of disinfecting large community water supplies.

This success in disinfecting water supplies has contributed significantly to public health by reducing the transmission of waterborne diseases.

What to do
Ernest Namanya, an environmentalist, says environmental pollution control requires action at all levels of the hierarchical framework.

“It requires political will. Laws are enacted but they are not enforced. The approach should be multi-sector. NEMA and UMA should also enforce the law on plastic materials and other regulations,” he says.

Namanya adds that there are many small, but critical sources of pollution in our homes and neighborhoods. Vehicles, construction equipment, dry cleaners, and backyard fires are some of the ignored causes of pollution.

He discloses that the total emissions from these smaller, but widespread sources are significantly greater than all the industrial sources in the country combined.

He says international bodies like the WHO agree that awareness of noise pollution is essential to beat this invisible enemy.

For example: avoid very noisy leisure activities, opt for alternative means of transport such as bicycles or electric vehicles, do your housework at recommended times, insulate homes with noise-absorbing materials, among others.

Educating the younger generation is also an essential aspect of environmental education.

It is critical to address pollution because of its unacceptable toll on health and human capital, as well as associated losses.

Floods; what needs to be done