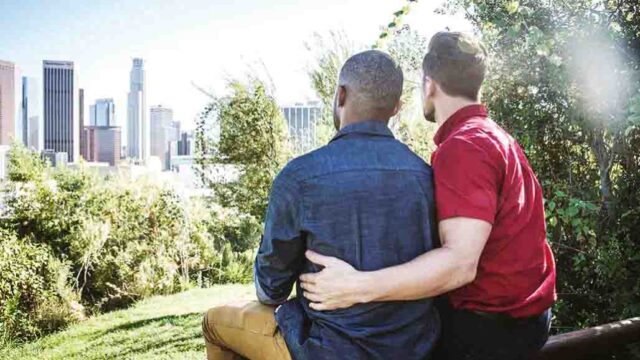 Homosexuality remains a contentious issue internationally including our country Uganda, with both Christian and traditional leaders condemning the practice.

In the Christian faith, homosexuality is generally considered a sexual sin. Among the traditionalists, however, it is considered an abominable and degrading practice.

Legally, the practice is criminalised in Uganda and is punishable upon conviction.

Homosexuality is described as an “Unnatural offense” under Section 145 of Chapter 14 of the 1950 Penal Code Act.

However, as globalisation takes shape, a section of Uganda’s population, both Christians and non-Christians, have taken a supportive stance on the subject.

These argue that it is unnecessary to criminalise people’s private lives.

Such disagreements arise in some cases due to the translation of some terms or meaning and context of some Biblical passages.

Biblically, sexual sins are as old as humanity. Homosexuality itself is traced to the ancient days (Genesis 19).

However, throughout human history, there is not a time when homosexuals felt marginalized and came out to fight for their rights and place in society. The habit was not popularized as it is being done today.

Unfortunately, unlike those days, homosexuality has become a business among some sections of society, with many organisations being funded to promote the vice.

For instance, many Ugandans were shocked by the testimony of a young Ugandan man in a video shared recently over various social media platforms.

In the video, the man who introduces himself as Elisha Mukisa says he was recruited into homosexuality by a local non-governmental organisation when he was 16 years old and at school.

He says the organisation recruits children into the practice both at school and Churches.

In the recent years, there have been increasing claims that schools, especially those in urban areas, were receiving funding from homosexual organisations to pave way for the recruitment of children into the practice.

This, however, comes against the general societal consensus that homosexuality is unnatural.

How it is promoted
According to publications such as The Overhauling of Straight America, an article published in the Guide Magazine in November 1987, gay activists reveal that they were determined to use manipulation, deception and coercing to advance their agenda in society.

Some of these tactics include: redefining homosexuality as inborn condition, shifting the debate from the arena of morality, ethics and psychology to politics, human rights and social injustice, promoting the vice through school/education systems and structures, promoting education about homosexuality as a normal alternative lifestyle, and normalising homosexuality through entertainment and the media.

For Uganda’s case, vulnerable children are being lured using money and promises of fancy life to join homosexuality.

They are also using other tactics such as widespread homosexual pornography, threatening or lobbying for cutting of aid if leaders obstruct them, organising demonstrations and parades, waging legal battles for recognition, making personal threats to or compromising leaders using money, and occupying strategic leadership positions, both political and in the Church to advance their interests, among others.

What is homosexuality?
The first known appearance of homosexuality in print is found in a 1869 German pamphlet by an Austrian-born novelist, Karl-Maria Kertbeny, published anonymously.

In her writing, Kertbeny argues against a Prussian anti-sodomy law.

Homosexual is a combination of two words; homo and sex. Homo is a hybrid of Greek and Latin word meaning same.

Homosocial is sometimes used in some circles to describe single-sex contexts that are not specifically sexual. Another similar term commonly used is homophilia, which means same-sex love.

The idea in the term homo is sameness. So, for homo-sexual, it is two people of same sex/gender sexually involved with each other.

If a man has sexual interaction with a fellow man, it is homosexuality. The same applies when a woman sexually interacts with another woman.

However, another term for women in homosexual relationships is lesbianism.

Like Valentine’s Day which was named after the Catholic priest, St Valentinus, female homosexuals were named after an Island called Lesbos.

This was an Island which Sappho, a popular poet wrote about, sharing her emotional relationships with young women.

Whatever Sappho’s intention was, the message was obstinate and blatant for same-sex creatures to share.

Homosexuals are part of the LGBTQ+. This is an abbreviation for lesbian, gay, bisexual, transgender, queer or questioning, among others such as intersex and asexual.

There are also other English pejorative terms such as queer, faggot, fairy, poof, femme, dyke, butcher, fruit, pansies, and homo, used to describe the practice.

Nature or nurture?
Homosexuality is not a natural sexual orientation. None of us is created or born a homosexual. It is a habit externally, and as fallen sinners, intrinsically influenced (Romans 3:10).

Human beings are naturally heterosexual beings. This is proven by our physicality (nature of human genitals).

The hormonal imbalances that attest to homosexual orientations in some patients are due to our sinful nurture and not nature.

The peculiar nature of homosexual desire has led some people to conclude that this urge must be innate: that a certain number of people are “born that way”, and that sexual preferences cannot be changed or even ended.

However, justifying homosexuality is paving way for serial killers, thieves, terrorists, among other dangerous groups to claim that they too, were born that way and so should be accepted the way they are in society.

Whether homosexuality is biological, psychological (mental illness) or sociological (a choice made in a sexually permissive society), the bottom line is that it is unnatural and abnormal.

Homosexuals ought to be classified as people with disabilities and, therefore, loved and cared for in that respect.

Effects
According to Christian Medical and Dental Association, some of the known implications of same-sex behaviours include: reduced life expectancy, sexually transmitted diseases and infections, cancer, mental health, and domestic violence, among others.

He also says he and other colleagues recruited by the organisation were infected with HIV/AIDS, Hepatitis B, among other long-term health complications.

Mukisa says many of his colleagues could not bear the pain and chose to shorten their lives by committing suicide.

Biblical sexuality
Human beings were naturally created as sexual beings. This is seen from the physical organs and the psychological makeup of both men and women.

In the Biblical context, God did not create a man to have sexual intercourse with another man.

Also, He did not create a woman to sexually engage with another woman.

If God intended that, the physiology of both man and woman would have had provisions for same-sex.

As seen in Genesis 1:26, all human beings were created by and in the image of God.

This implies we derive our true identity not from how we feel or our preferences, but from the reality of our creation.

Besides, sex in the Bible was gifted to humanity for pleasure and reproduction (Genesis 1:28). These were and are to be achieved within the confines of the natural order of things.

Sexuality, according to Biblical standards, is not culturally oriented, but inherently heterosexual.

For this reason, the Bible reminds us that when God created only Adam, He realised that he could not fulfill his sexual and intimacy desires alone (Genesis 2:18).

Destruction of Sodom
The flames that consumed the cities of the plain shed their warning light down to our time.

We are taught the fearful and solemn lesson that while God’s mercy bears long with the transgressor, there is a limit beyond which men may not go on in sin.

When that limit is reached, the offers of mercy are withdrawn and the ministration of judgment begins (The Mission Bible Study).

If we continue in all sorts of sin including homosexuality, the mercy of God will be withdrawn and the judgment will be launched upon us.

Sexual prohibitions
The Word of God has at least seven types of sex prohibited. The prohibition of these kinds of sex is universal.

In other words, this was not a prohibition for only the receptor cultural audience, the Jews, but for all humanity that believes in God the Creator and Redeemer of mankind.

Homosexuality as sin
Homosexuality is sinful. It is a distortion of God’s created order and a violation of His revealed will.

No matter how loving or even safe it is, as long as it is outside the natural order created by God, it is sinful.

Secondly, homosexuality is a sin against the human body. In 1Timoth 1:9-10, Paul denounces immoral men and homosexuals among those who are lawless and rebellious, contrary to sound teaching.

He describes them using the Greek word, arsenokoitai, which means “males in the marriage bed”.

The word may have been coined using the Greek (Septuagit) terminology in Leviticus 18:22; “Do not have sexual relations with a man as one does with a woman; that is detestable.”

Arsenokoitai is a combination of two words; the former (arsein) is a specific word for male with strong emphasis on sex, while the latter (okotos) means bed. It is a euphemism for sexual intercourse between men.

Contrary to what other writers have described it to mean sex with young boys or to male homosexual prostitutes, the word means homosexuality as a whole.

Unrepentance to this sin is blasphemy and unbelief that might lead to eternal damnation (Romans 1:26 and 27, 1Corinthians 6:9-11). 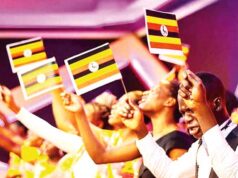 Prayer is a weapon 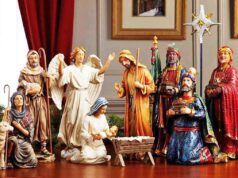 Jesus, the Healer is born 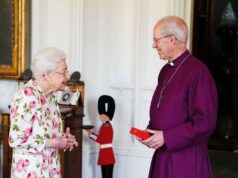