The conclusions here are based on my respect to the original readers and scholars of each testament. In my appreciation of the New Testament, I respect the Hellenism therein, and when it comes to the Old Testament I pay allegiance to the Hebraism source.

In the Hebrew canon, the book of Daniel is not included among the prophets (Nabh’im), but it is added to the Writings (Ketuvim). The Septuagint (Greek translation of the Old Testament) categorised Daniel among the prophets; and the Christian canon adopted it.

However, it is not the Hebraic order. Like the other prophets, Daniel was a historian and consultant to the kings. He predicted the future, but not different from the apocalypse of John in the book of Revelation. I am not sure the works of John qualify him a prophet based on these conclusions.

Salvation is the central theme in Prophet Isaiah’s message. The missive is, however, presented in a blessings and judgment form. Obedience to the covenant equals blessings, while disobedience results in judgment.

It is not a matter of getting what you deserve that Isaiah and other prophets teach, but an active involvement of a covenantal God into the nation. Isaiah, like other prophets, pronounces God’s judgment on Israel and Judah for their glaring violations of their covenant obligations (Isaiah 1:2-31; 13:123:18; 56:9-57:13; 65:1-16).

Isaiah is also a preacher of hope for he declares God’s blessing of restoration after exile (Isaiah 40-66). In His message, the prophet does not present a general rebellion at the expense of the a few individual faithful ones. Throughout his message, Prophet Isaiah intimates to those who remain faithful in their covenant practice.

He promised that a remnant would survive the exile, return to the land and enjoy the unprecedented blessings of God. This theme first appears in Isaiah (that will be for another day). Isaiah further presents three other themes that shape the New Testament theology and our appreciation of God. I will first briefly address two, and present the third in our next article.

Note that when the prophets use the term justice (mishpat), they infer a good society where the poor are not oppressed by the rich and the weak not abused by the strong. It is about social justice and fairness.

However, when the prophets discuss tsedaqah (righteousness), they infer to the divine standard truthfulness and purity (Isaiah 64:4-9). The two terms might be used concurrently to refer to divine righteousness as justifi cation for the morality of our sociology.

The Day of the Lord

Thus, in the expression ‘Day of the Lord’ there is a rather vague but stark and powerful concept: God will indeed act – suddenly, decisively, and directly – in a single day, with vehemence and terror. Isaiah presents the Day of the Lord as a bitter Day of Judgement, vengeance and punishment (Isaiah 2:12, 13:6, 13:9, 34:8; Revelation 20:11-15; 21:8-9). To the Hebrews, the day of the Lord was a battle day in which it was assured the Lord would conquer and subdue His opponent (Ezekiel 13:5).

On a positive note, the Day of the Lord implied a better day of eternal blessings when everything is created anew (Isaiah 65:17-25; Revelation 20:1-10; 21:1-7). Both the bitter and the better are eschatological events in which God is the sole actor and man is either a benefi ciary or a victim depending on his choice of side in the end. The idea of the Lord’s Day is presented as the Sabbath from Genesis 2:1-3, Exodus 20:8-11, Deuteronomy 5:12-15, throughout the prophets. 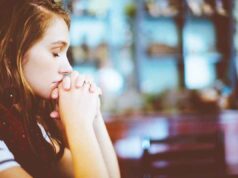 What does it mean to believe?