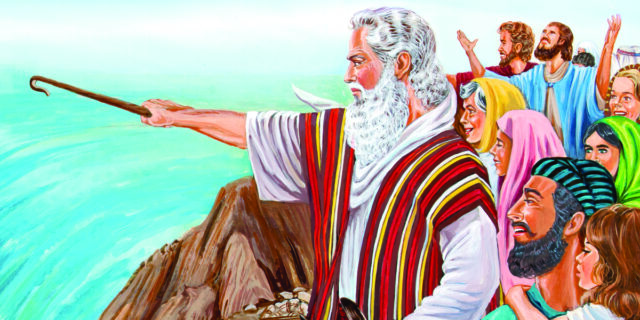 The nation of Israel is among the earliest civilisations. It was the first recipient of the revelation of worshiping a single God (Monotheism).

Designation
The name ‘Israel’ in the Bible is encountered for the first time in the Old Testament.

Many people have not attended to the meaning and how this name is used in the Old Testament.

This name had a wide semantic range and different usage since its inception.

Perhaps a few people understand the importance of this knowledge as they read and study the Bible.

In the Old Testament, the name ‘Israel’ has various connotations, and these are:

A person: To begin with, ‘Israel’ is the name given to the patriarch Jacob.

Genesis 32:28: “Your name will no longer be Jacob, but Israel, because you have struggled with God and with men and have overcome.”

Jacob’s struggle with God and with the Angel (Hosea 12:3-4) symbolises his new spiritual relation to Yahweh and stands for the reconciled Jacob through God’s forgiving grace. The name ‘Israel’ was an individual name, not a nation.

These tribes of Israel meant the ethnic descendants of Jacob, respectively Abraham but with connotations of their worship system (Exodus 12:38; Exodus 4:22; Numbers 20:4, Exodus 18:1).

A nation: Throughout the Egyptian bondage, Israel is addressed as the children of Israel.

They are a community that came from the same father and all the tribes form a community of the same genealogy.

It is until they are redeemed from Egypt through the Exodus, led by Moses that they transform into a nation.

The declaration of Israel as a ‘Holy Nation’ happens at Mount Sinai (Exodus 19:6; Deuteronomy 4:6-8).

At this mountain, through the sovereign election of God, the former tribes are declared a nation (Exodus chapters 19-25).

Israel means a people who have a covenant with God the Creator and Redeemer of His people.

To the ethnic Israelites, this covenant was formed on the calling of Abraham (Genesis 12) and later the redemptive acts of God from Egypt through the Exodus. For other ethnic groups, it was based on faith.

According to the Old Testament, every covenant promise made by God is conditional, depending on whether Israel keeps the covenant with the Lord (Leviticus 26-27, Deuteronomy 26-28).

It is for this reason that the Old Testament emphasises obedience of the law.

The law in the Old Testament means the Ten Commandments together with all the other sacrificial worship laws, dietary laws, liturgical laws, laws of cleanness and uncleanness (sanity and disease) observed together.

The covenant promises by God to Israel are dependent on the faithfulness and obedience.

These covenant promises remained dependent on Israel’s faithfulness in obedience to the law God.

The new covenant
Just as the ethnic Israelites ushered in the worship of one God, Christianity has also pioneered in telling the world the only way to salvation.

While ethnic Israel preached the law as the way, Christianity preaches Jesus Christ (1Corinthian 1:23) as the only way, truth and life (John 14:6-7).

According to the new covenant, faith in Christ Jesus who is God incarnate is the condition upon which God will fulfil His promise of eternal life (John 3:18; Ephesians 2:8-9; Hebrews 11:6).

The children of the promise are those who put their faith in Jesus. “And if you are Christ’s, then you are Abraham’s seed and heirs according to the promise,” (Galatians 3:29). 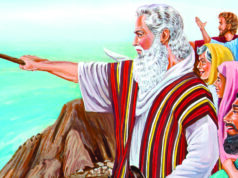 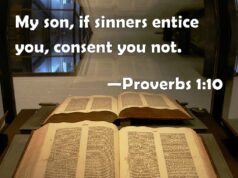 Keep your foot from their path 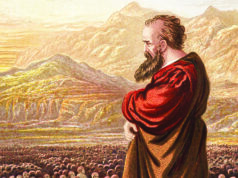