Since May 10, 2021, there was a war between Israel and Palestine. This war lasted for 11 days until the ceasefire came into effect. The war led to the death of people, both innocent and fighters. It was a dark time for all the people in this warzone and disturbing to the whole world.

Missiles were launched against Jerusalem, the capital of Israel and in response, Israel also struck down buildings in the enemy territory. The media (television, radio, newspapers and social media) also participated in this war in a manner of opinions.  The Good News Paper, as a Christian newspaper, deems it fit to also participate only in regards to what the Word of God says about Jerusalem.

Jerusalem in the Bible

The history of Jerusalem as a city transcends the Jewish traditions and geographical locations on the world map. Jerusalem, unlike many cities today, has its roots and history in the Bible. It is not just a city of the Israelites, but a city whose presence has significance to all believers of the Bible.

In 2Samuel 7, the Lord speaks to David through Prophet Nathan, telling him that He would build a city which would serve as the capital of both religion and world leadership. Jerusalem was to serve as the permanent home for the Ark of the Covenant (1Kings 8:1) and it is in this same city that the throne of the Kingdom of Judah would be placed (Jeremiah 17:25).

In the Bible, Jerusalem became the capital of the everlasting Kingdom of David, upon whose throne we have Jesus Christ the Son God, the messianic universal King of Kings and Lord of Lords (Isaiah 9:6-7, Revelation 19:13, 16). When God’s promises to Israel are fulfilled, a new Jerusalem will come down from Heaven and will be the eternal home for all who believe and worship the Lord God (Revelation 21:1-11).

Psalms 122:6 tells us to pray for the peace of Jerusalem and we shall prosper. Let us briefly look at what this scripture means to us. The Hebrew word for peace is ‘Shalom’. The root of the word also means ‘complete’. It conveys a notion of wellbeing, health, safety, soundness, contentment and also relates to the word ‘paid for’.

The name Jerusalem ‘Salem’ (which means peace) contains the root words; complete, paid for or peace. It is not accidental that it was in Jerusalem that Jesus Christ paid for our sins at the Cross and bought us (sinners) peace with God.

When we pray for the peace of Jerusalem, we are praying for the end of terror and missile attacks, the end of the hostility that exists between Israel and Palestine. We long to see tranquility, absence of strife and wellbeing. We can ask in prayer that Jerusalem would be complete, whole and united. Perhaps most importantly, we are asking for the Lord to bring personal peace to those who live in this Holy Land by accepting the Prince of Peace, Jesus Christ as their Messiah, whose mission was for the salvation of the world (John 12:44-50).

The prosperity in praying for Israel

Psalms 122:6 says: “Pray for the peace of Jerusalem: May they prosper who love you.” The second part of the verse talks about the prosperity of those who pray for the peace of Jerusalem. The Hebrew root of the term used for ‘prosper’ is ‘Shalah’, which can easily be translated as “put at ease” or ‘to quiet.’ The prosperity described in Psalms 122 is quality of soul and life, it is an inner peace that shapes our intentions towards loving one another rather than fighting.

‘Shalah’ encourages us to think of different kinds of peace: inner peace, peace with God, and peace with one another as a contrast to division and war. This kind of prosperity is what our Lord Jesus promised to give to His believers when He said: “Peace I leave with you, My peace I give to you; not as the world gives do I give to you. Let not your heart be troubled, neither let it be afraid” (John 14:27). We all long for this prosperity. 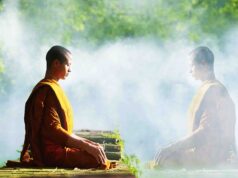 Why we ought to meditate 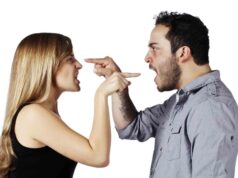 Be angry but do not sin