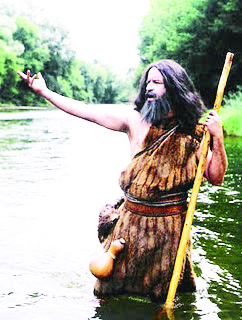 In the Bible, we find a story about a man named John the Baptist. He was born before Jesus. His mother was Elizabeth and his father Zechariah.

His role
John was given a job by God even before he was born, while he was still in his mothers’ womb. This job was that he would tell the world about the coming saviour who was to deliver people from their sins.

He was very unique and different from the people of his time. He lived in the wilderness and ate locusts and wild honey. His clothes were made of camel’s hair and he had a leather belt around his waist.

When he began to preach, he told the people to “repent for the kingdom of God is at hand”.

People came to him from many places, confessed their sins and were baptised in River Jordan. John was doing his work of preparing the way for the Lord Jesus Christ.

He was preparing the hearts of the people to receive Jesus. He told those who came to him including the religious people of his time like the Pharisees and Sadducees that they had to repent and turn from their ways and do good.

He wanted them to know that just claiming to be Abraham’s descendants would not save them, only Jesus could.

As Jesus’ messenger, John told the people that Jesus was coming and he would be more powerful than him, and that He would baptise with the Holy Spirit and fire.

John baptises Jesus
Now, it so happened thereafter that Jesus came from Galilee to be baptised by John.

On seeing Jesus come to him, John was hesitant and thought that instead he should be the one to be baptised by Jesus because He is greater.

But Jesus said to John, “Let it be so now; it is proper for us to do this to fulfil all righteousness.” And then John agreed to baptise Him.

When Jesus was baptised, something very unique happened, the Bible says that the Heavens opened and the Spirit of God descended upon Jesus like a dove and a voice came from Heaven saying, “This is my beloved Son, in whom I am well pleased” (Matthew 3:15-17).

John had fulfilled his duty of telling the people about the coming Messiah, Jesus Christ.

Our role
If you have heard about Jesus, praise God and be thankful to the person who shared Jesus with you.

While John the Baptist suffered many hardships in the wilderness, our advantage today is that we have many ways in which we can share the Gospel.

We can do this in our homes and not the wilderness like John. We can use social media and many other platforms.

We too are called by Jesus to share the good news about the saviour of the world who came to take away people’s sins and give them a relationship with God.

Jesus is coming back again soon and this is our time to tell the world about Him and lead them to repentance so He can send his Holy Spirit to them.

Like John, we are also preparing the way for Jesus. For those who have not received Jesus as the Lord of your life, let today be the day that you pray and ask the Father for this great gift of salvation, His son Jesus Christ.

Kaufman is the author of ‘The ABC’s of God’
www.salvationengine.com 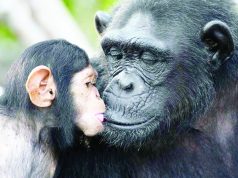 Game animals to get Covid-19 vaccine 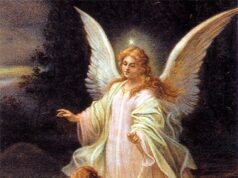