In the first chapter of the book of Psalms, we are warned against keeping company with the wicked.

The book of Psalms continues through chapters 9, 10, 73, 109 and others to warn its readers about the wicked.

Psalms 1:1-6: “Blessed is the man that walketh not in the counsel of the wicked, nor standeth in the way of sinners, nor sitteth in the seat of the scornful. But his delight is in the law of the LORD, and in his law doth he meditates day and night. And he shall be like a tree planted by the streams of water, that bringeth forth its fruit in its season, whose leaf also doth not wither; and whatsoever he doeth shall prosper.”

Who are the wicked?
The Hebrew word for wicked is ‘Rasha’. The new king James translates this word as ‘ungodly’.

The meaning of ‘Rasha’ can be; guilty one, one who is hostile to God, a concretely bad person.

The wicked are not wicked by nature but rather their wicked actions demonstrate their nature.

In Psalms, the wicked are contrasted with the righteous and the message is more on identity than it is on what they do or do not.

Psalms 1 seems to imply that wickedness is an acquired nature and those who acquire such a nature do so through their lifestyles.

It is for that reason that the Psalmist warns the readers to avoid the lifestyle that breeds wickedness.

The wicked are in mind and spirit opposed to the will and being of God. The delight of the wicked is not in the law (will) of God (Psalms 1:2).

The wicked, righteous
The righteous man that is talked about in contrast to the wicked in Psalm 1 is not a saint.

The righteous people are not perfect and sinless individuals but rather ordinary believers who continuously turn to God for forgiveness and guidance.

The contrast therefore is between the wicked and the weak concerning God.

The wicked are those whose intention and will is against and opposed to God while the weak are the believers in God and His will.

The weak might intend but fail at doing the will of God. The righteous but weak are the ones Apostle Paul represented when he wrote: “In the same way, the Spirit helps us in our weakness.

We do not know what we ought to pray for, but the Spirit himself intercedes for us with groans that words cannot express.” (Romans 8:26).

Among the legal circles, the weak and the wicked are distinguished by intent. Some kill by intent while others kill accidentally.

The former are dimmed wicked while the latter are judged weak and the penalty is never the same.

Where do you belong?
We all sin against God but the book of Psalms categorises all sinners against God in two groups; the wicked and the weak.

The difference is in our intentions as Paul demonstrated: “For that which I do I know not: for not what I would, that do I practice; but what I hate, that I do. 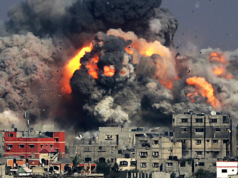 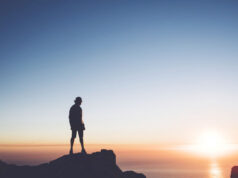 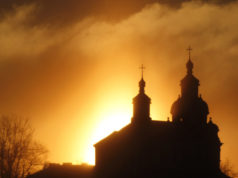 God our rest from all our enemies and weeds