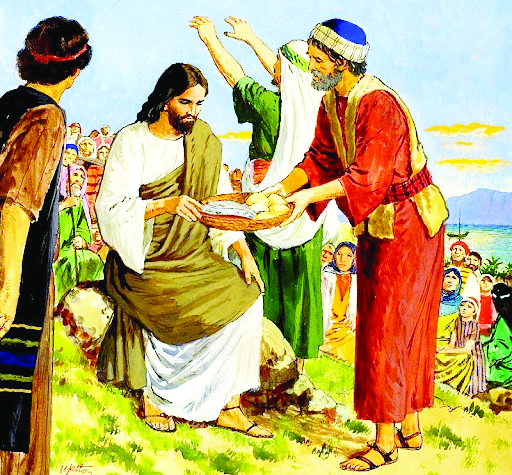 This is the second time Jesus is performing a feeding miracle. The first one is when He fed the 5,000 people, excluding women and children.

He multiplied five loaves of bread and two fish to feed thousands of people (Mark 6 and John 6). It is believed He performed the first miracle in the region of the Jews and they built a Church in that very place and named it the ‘Church of Multiplication’.

The feeding of 4,000 people occurred in the region of the Gentiles.

Compassion
In both regions, Jesus multiplied what they had and fed them.

It is important, therefore, to note that God the creator and redeemer is the God of both Jews and Gentiles.
He provides for whoever believes in Him.

Matthew 15:32-38: ‘Jesus called His disciples to Him and said, “I have compassion for these people; they have already been with me three days and have nothing to eat. I do not want to send them away hungry, or they may collapse on the way’.

His disciples answered, ‘Where could we get enough bread in this remote place to feed such a crowd?’ And Jesus asked: ‘How many loaves do you have?’ And they said: ‘Seven and a few little fishes.”

Jesus told the crowd to sit down on the ground. Then He took the seven loaves of bread and fish, and gave thanks to God before breaking them into pices and giving His disciples to distribute to the people.

Everyone ate and was satisfied. Afterwards, the disciples collected seven full baskets of leftovers. The number of people who ate was four thousand, besides women and children.”

Jesus did not segregate while feeding the people. Everyone present ate until they were satisfied. The same Jesus who fed the people has never changed todate. So, we need to ask and trust Him, knowing He loves and provides for everyone who comes to Him.

He multiplies
One would have thought that Jesus, being God, would have caused food to rain from the sky.

But He did not do that. Rather, He chose to use what was available in one’s hand and multiply it.

He is the same God of the Old Testament who asked Moses what he had in his hand (Exodus 4:2).

All God needs is a seed in your hand so that in His providence, He can multiply a harvest for you.

My testimony
I keep sharing this testimony because it still burns in my heart as though it happened just yesterday.
Before my sister led me to the Lord in 1964, I used to be one of those pupils at the bottom of the class.
But soon after accepting the Lord, I was led to a Scripture in the book of James.

James 1:5-6: “If any of you lack wisdom, let him ask of God, that giveth to all men liberally, and upbraideth not; and it shall be given him. But let him ask in faith, nothing wavering. For he that wavereth is like a wave of the sea driven with the wind and tossed.”

After asking for wisdom from God daily, I saw myself moving from position 38 out of 40 to the 17th position in my second term. In third term, I moved to the 7th position.

When I went to senior three, I was never below the third position.

I even got the best prizes for science and a scholarship from the Buganda Kingdom.

This was God in action. He is the same today as He was then when I was a young boy at school.

Now I am grown and old, but He is still doing the same in my life and family in many ways.

This will apply and happen to you also. God is not a respecter of persons (Acts 10: 34). He only respects faith. And faith is a catalyst that moves God to do anything in our lives.

Dear reader, I do not know what might be your needs but if you put your faith in God, He will multiply those little things you have for His glory. 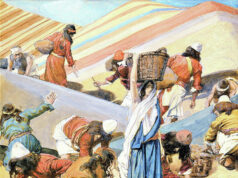 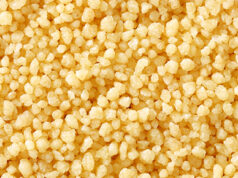