Last month we looked at how the story of Ruth teaches us about kindness as a virtue.

Ruth exhibited kindness towards Naomi when she chose not to return to her own people and decided to stay by Naomi’s side as they went back to Bethlehem from Moab.

While in Moab, Boaz was kind to both Ruth and Naomi when he welcomed and provided food for them.

This month we look at three more important lessons from the book of Ruth and that is; obedience, honour and restoration.

When Naomi instructed Ruth to bath, put on perfume and get dressed in her best clothes to go and meet Boaz, Ruth answered: “I will do whatever you say.” She went to the threshing floor and did everything her mother-in-law told her to do.

God wants us to be humble and obedient. Like Ruth, we can learn to listen and obey the instructions of our parents and elders.

Honour is what we do in service and respect for others.

When Boaz noticed that Ruth was kind enough to acknowledge him as the guardian redeemer of her family, he praised her for her kindness and promised to fulfill all that she was asking of him.

Boaz told Ruth there was another guardian-redeemer for her family but that if he was unwilling to do his duty, Boaz would redeem Ruth.

In the morning Ruth returned to her mother-in-law with six measures of barley. Boaz had said to her, “don’t go back to your mother-in-law empty handed”.

Boaz honoured Ruth and Naomi. He treated them with respect and continued to be kind to them even though there was another guardian-redeemer.

Boaz went up to the town gate to meet the elders and the guardian-redeemer.

He told them all about how Naomi had come back from Moab.

He asked the guardian-redeemer if he would buy Naomi’s family land along with acquiring Ruth to continue her family name.

So, Boaz bought all the land from Naomi and took Ruth as his wife

The women living there said, “Naomi has a son!” and they praised the Lord.

God is a good God who rewards his people and He looks after us.

He restored to Naomi what she had lost. Even when things are going different from what we expect, we can trust Him. 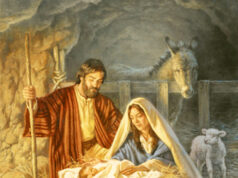 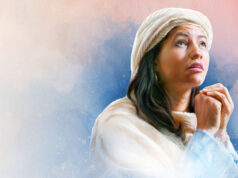